Home Örebro Pike fishing in Sweden with a new record 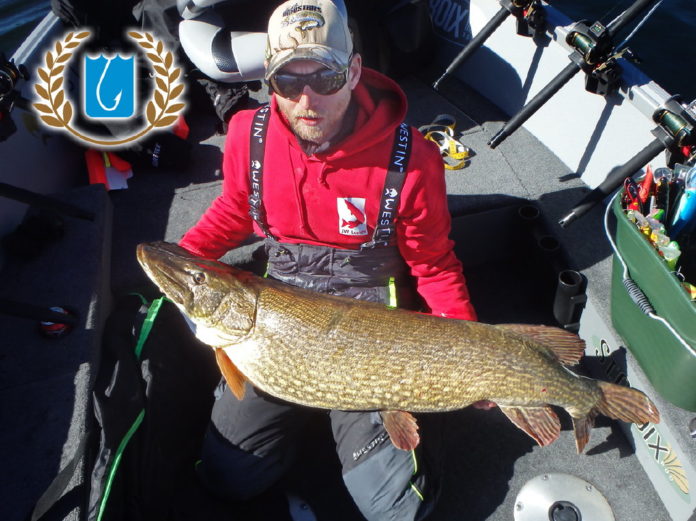 It took 17 long years but it sure was worth the wait. On April 1 (it’s no joke) the experienced angler Fredrik Johansson smashed the existing Swedish record by landing a 21.07 kg  (46 lb 7 oz) pike.

The most popular target

Pike fishing has always been an important part of Swedish angling culture. In recent decades the pike has grown to be the most popular target of all the species available in Swedish waters.

Even though an increasing number of skilled anglers have been out to beat the 1999 record of 19.34 kg (42 lb 10 oz), the results have been a long time coming. Fredrik Johansson has now put an end to that.

Near Askersund on Lake Vättern

On the last day of a three day trolling campaign on the great lake Vättern near Askersund, Johannsson got the bite of a lifetime. A giant pike wrapped its jaws around a side planer trolled Zalt, a classic Swedish pike lure.

The unspawned pike didn’t put up much of a fight in the cold water. Soon after reaching the net the mighty fish tipped the scales, as the display showed the striking record weight. The fish measured 128 centimetres in length with a 71 centimetre girth around the abdomen.

The fish was released back into the clear water.

The Swedish anglers association has now approved this catch as the official new Swedish record – one of international comparison with the potential to stand the test of time.