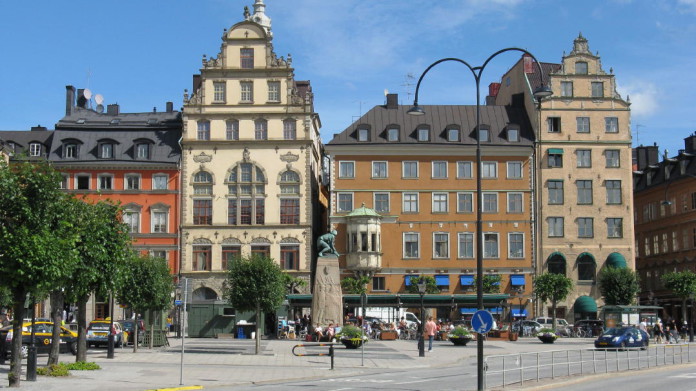 If you are visiting Stockholm for the first time, you should definitely go to Gamla Stan, Stockholm’s old town. Gamla Stan is in a sense the primordial cell of Stockholm, from where the city grew.

Gamla Stan has some outstanding buildings such as the Royal Palace, the German Church and the Storkyrkan, where Crown Princess Victoria and Daniel Westling were married on June 19, 2010. 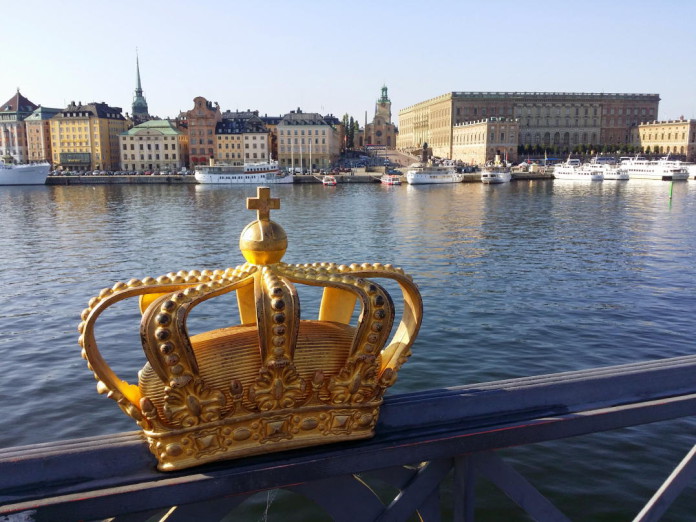 Many tourists, however, remember Stockholm‘s old town for its narrow alleys, the many old gabled houses painted in earth tones, and the small piazzas with their cafés, restaurants, galleries and craft shops.

Gamla Stan is the “city between the bridges”

From the north – the main railway station Centralen, the shopping streets around Sergels Torg or from Kungsträdgården – the old town can be reached via several bridges:

Södermalm, which lies south of the old town, can be reached via the bridges of Slussbroarna and Centralbron.

Is it any wonder that Gamla Stan is often called the “city between the bridges” (staden mellan broarna)?

If you are looking for a guided tour in the Old Town, we recommend that you check with our partner GeYourGuide:

Powered by GetYourGuide. Become a partner.

Many tourists visit Gamla Stan in the summer, which is why many souvenir shops can be found in the narrow alleys. But, apart from Swedish flags, plush moose, trolls and Stockholm t-shirts, you can also find genuine Swedish handicrafts: art glass, porcelain, paintings, drawings, tablecloths and fashion. For example, the fashion group Gudrun Sjödén is in a beautiful house dating from the 18th century at Stora Nygatan 33.

Cafés and restaurants in Gamla Stan

Because space in the narrow alleys of Gamla Stan is scarce, in many places it is impossible to have outdoor terraces where you can eat and drink outside in the summer. On warm summer days, cafés and restaurants open their large windows instead.

The fine restaurant Gyldene Freden on Österlånggatan 51, for example, is well worth seeing. It has served Swedish home cooking since 1722. The house now belongs to the Swedish Academy (Svenska Akademien). Their members meet here, in the Bellman Salong, every Thursday evening, to eat and perhaps to discuss the next Nobel Prize for Literature. 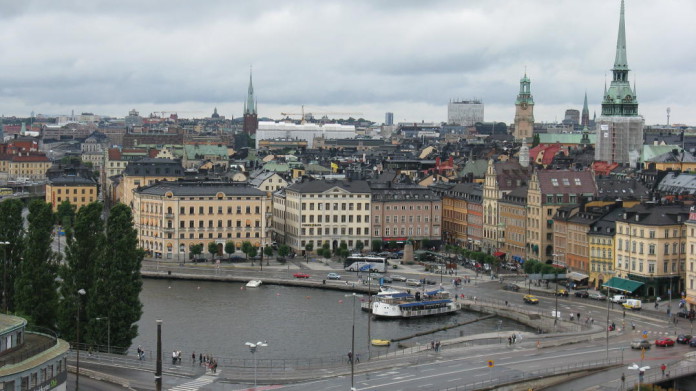 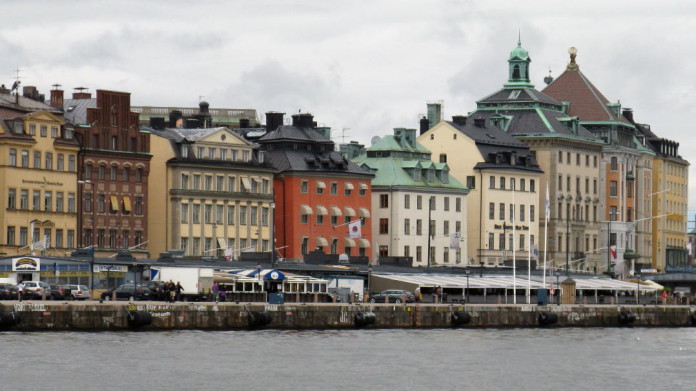 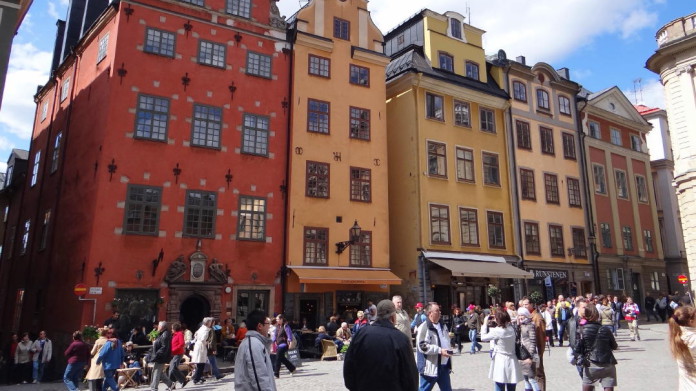 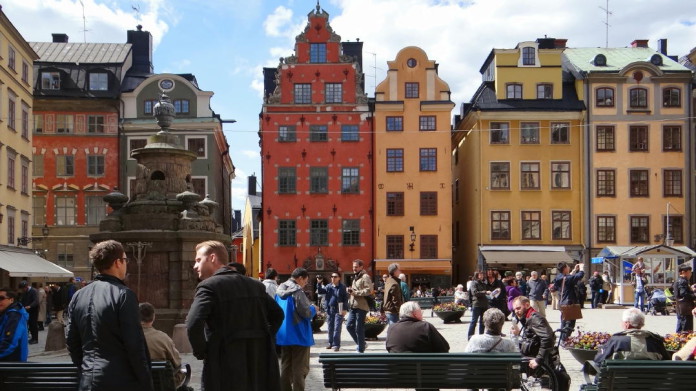 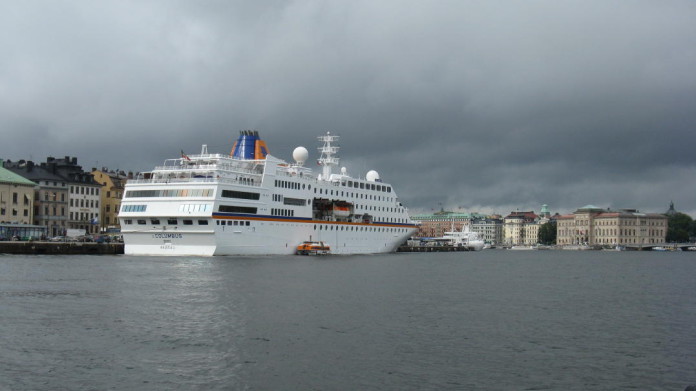 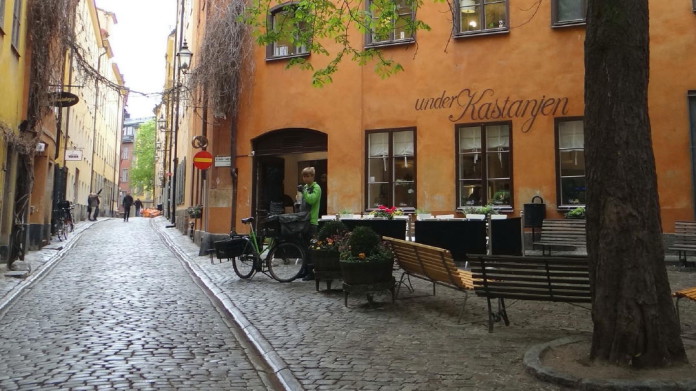 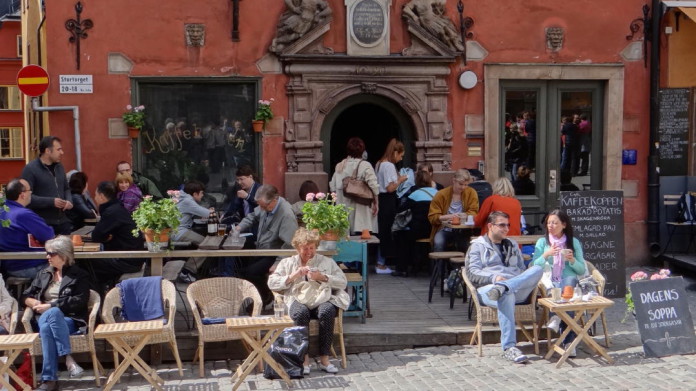 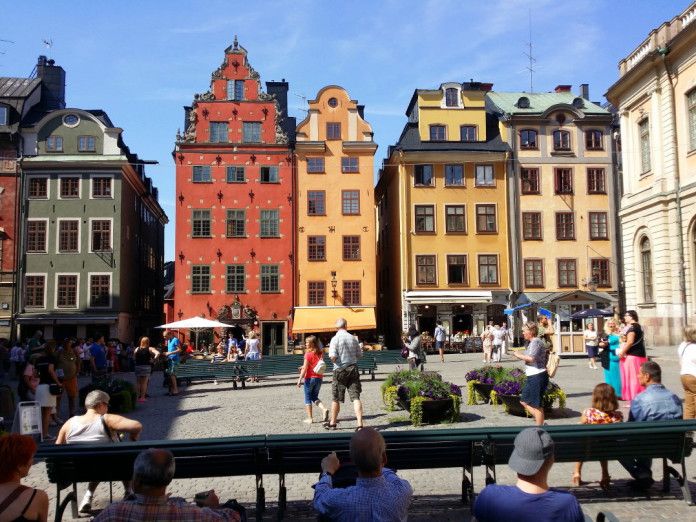