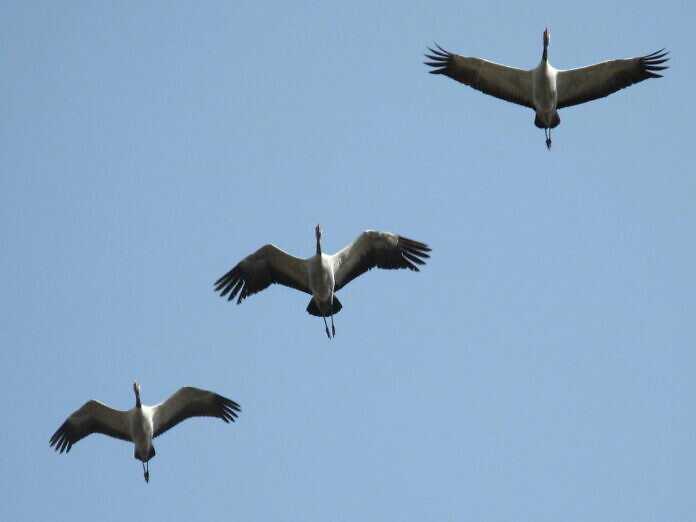 The first cranes arrive at lake Hornborgasjön as early as mid-March. A few weeks later the place, which is between Falköping, Skara and Skövde in West Sweden, is filled with thousands of dancing cranes. Do you know why these remarkable birds gather here?

The frost is starting to melt in the soil and the light arrives earlier and earlier in the morning. The roadsides are filled with beautiful yellow coltsfoot flowers and people start to dust off their bicycles after the winter. There are many signs of the spring’s arrival, but one of the most conspicuous signals in West Sweden is the arrival of the cranes at Hornborgasjön.

This is one of Europe’s most important lakes for birds, and the best place to see these proud cranes and their dance is at the southernmost part of the lake. There are viewpoints and an information building. During the crane season ornithologists are there every day to tell you all about these birds.

Before you arrive there – in fact, right here and now – you can get to know more about Västergötland’s emblematic animal, the crane (which in Latin has the rather odd name of Grus grus).

Did you know that …?

1. Cranes have different personalities! Some are keen to get the very best nesting place and arrive early at Hornborgasjön to claim their turf – rather like bagging a sun lounger on a crowded beach with a towel. Others are a little more laid back about the rush.

2. Just like most people, cranes are generally monogamous and stick to one mate for their whole life. That’s why there are so few cranes working as divorce lawyers!

3. The red spot that cranes have on their heads gets bigger or smaller, depending on the bird’s mood. The red area is actually blood that is visible because cranes don’t have any feathers there; in other words, they have a bald patch.

4. The cranes fly from Rügen, in northern Germany, to Hornborgasjön in one day, which is a distance of 430 kilometres. To achieve this impressive feat, they make use of thermals in the air, just like a glider, and can reach speeds of 70-80 km/h.

5. The cranes are fed with barley at Hornborgasjön – more precisely, 150 tonnes of it every year! In the past there used to be a lot of potatoes in the district, cultivated for the spirits distilleries. These days barley is on the menu instead, though the birds are in fact omnivores and eat fish, frogs, eggs, birds and insects as well.

6. There is no special time of day when the cranes perform their mythical dance, and whenever they feel like it they spread out their wings and make rapid, jerky jumps followed by deep bows, accompanied by a noisy fanfare. They sometimes get so excited that tufts of grass are sent flying into the air! When did you last dance spontaneously?

7. During the spring the cranes at Hornborgasjön are counted by volunteers every night, and the largest number ever counted at the crane dance was 26,500 at the same time.

8. Ornithologists have monitored the age of some cranes and the oldest bird ringed was 27 years old. An adult bird weighs between 4 and 7 kilograms and has a wingspan of around 2 metres.

9. The same cranes come to lake Hornborgasjön every year for a number of reasons: great food, safe accommodation and a really good time! Some cranes have their breeding grounds in the southern part of Sweden, but they still make a detour to Hornborgasjön to join in the party. You would surely go the extra mile to be at the biggest party of the year, wouldn’t you?

10. In the past, people used to say that the cranes brought the light to your bed. What did they mean by that, exactly? Well, it meant that when the cranes arrive, you don’t need to turn on the light in the morning anymore because the spring sun has arrived.

Not just in spring but also in autumn

If you miss the cranes in March or April, you can come back in late August or in September. Then the birds are on their way back. However, in autumn they usually gather more spread out around the lake instead of close by. 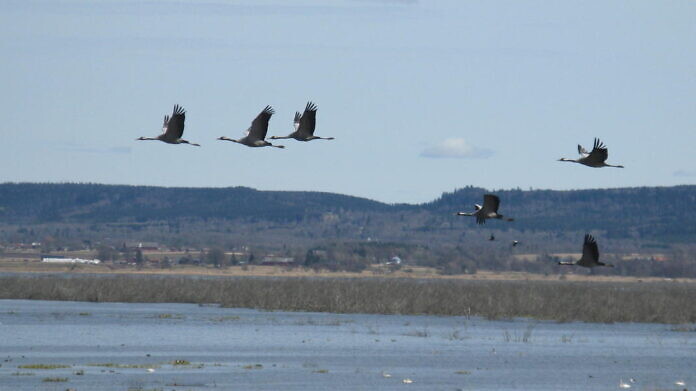 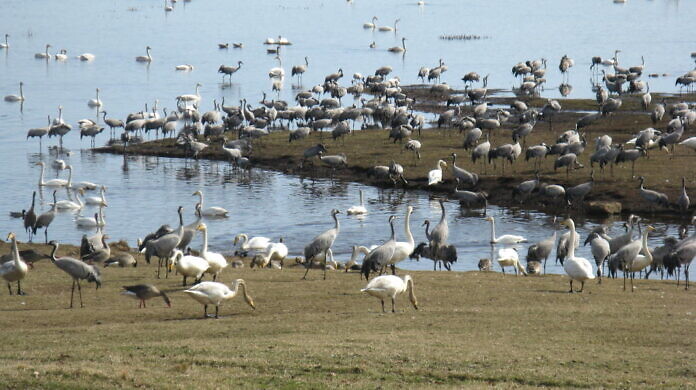 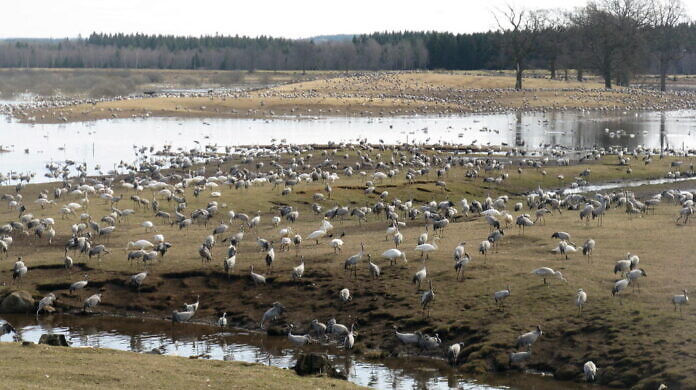 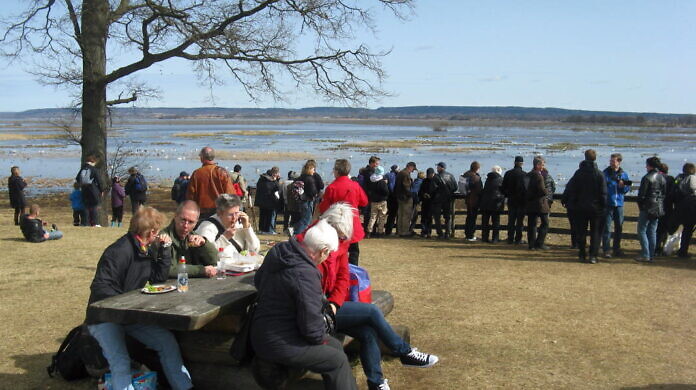 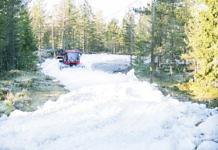 Early winter season in the Swedish mountains: Ramundberget and Grönklitt