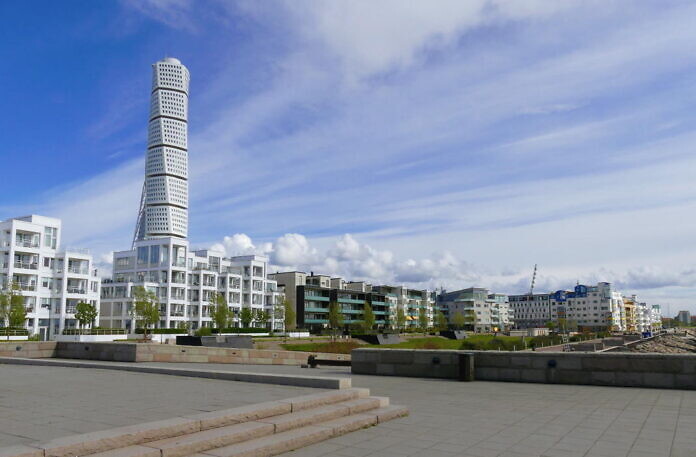 Västra Hamnen in Malmö is a new, ultramodern district, formerly used as a port and industrial area. The area is comparable to the London Docklands or similar districts in Helsingborg, Gothenburg (Eriksberg) and Stockholm (Hammarby sjöstad).

For over one hundred years, Kockums was a large shipyard. However, with the European shipyard crisis, it had to close down in the 1970s. Subsequently, the site was used by SAAB and by the Malmö Trade Fair.

Eventually, the housing exhibition Bo01 (“bo” means “to reside” and “01” refers to the year 2001), which attracted worldwide attention, took place here in 2001. The centre of a new district was born. The styles, colours and materials of the buildings constructed for the expo were very varied. Today, the developments of the district still adhere to this concept: Architecturally, Västra Hamnen is diversified and multi-variant.

Information brochures about Malmö often advertise Västra Hamnen. Although the area is an office and residential district, it also has an eight-kilometre-long shoreline with bathing spots, green spaces and seafront esplanades. Moreover, there are several beautiful parks in Västra Hamnen that offer playing (Varvsparken), skating (Stapelbäddsparken) and climbing (Boulderparken) opportunities.

On sunny and warm summer evenings, the west side of Västra Hamnen (Daniaparken as well as Scaniaparken and Scaniabadet respectively) attracts the people of Malmö who go swimming and have picnics here. One can find cafés and restaurants along the seafront, too. The area is also popular with many locals who come here for their Sunday strolls.

With a height of 190m, Turning Torso is Västra Hamnen’s landmark and houses apartments and offices.

We recommend the  Park Inn by Radisson Malmö, which is located right next to the World Trade Centre in the Western Harbour area of Malmö. 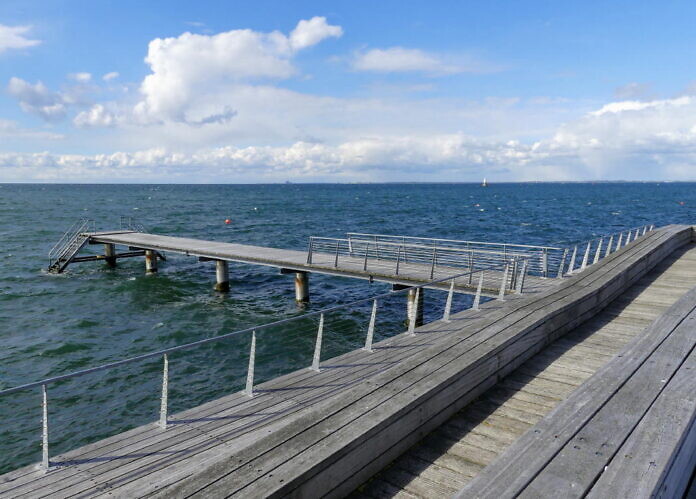 Scaniabadet – for people who can swim well 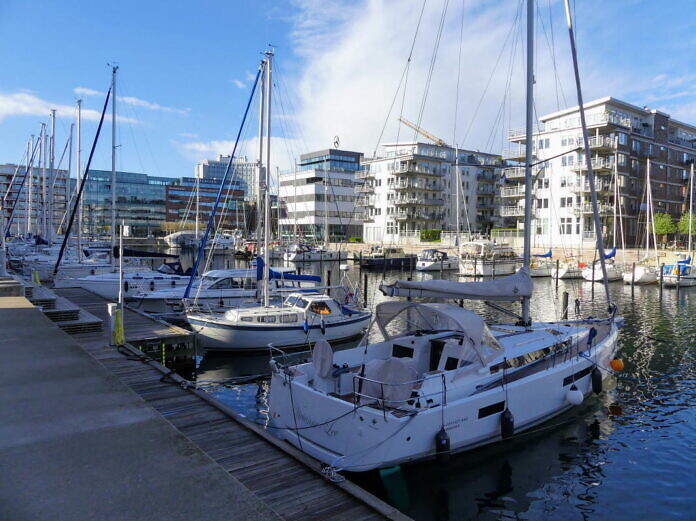 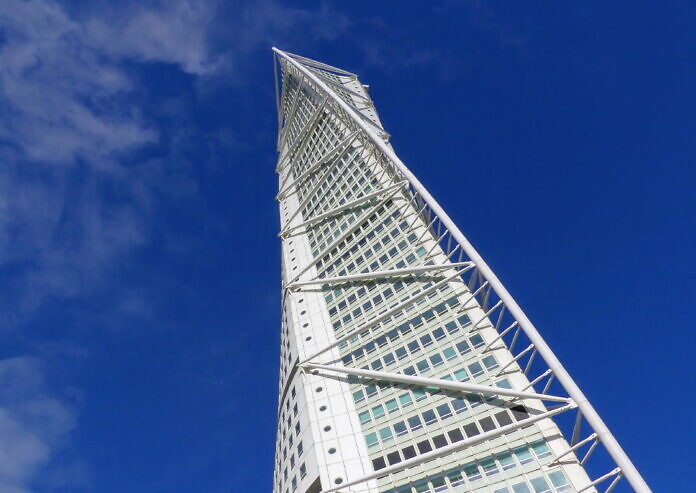 Digital guide to beaches, parks and playgrounds in Malmö