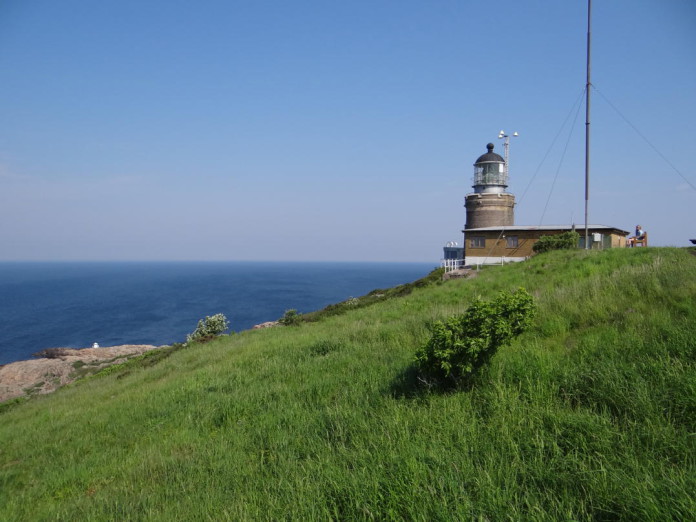 The Kullen Peninsula is one of the most beautiful regions of southern Sweden. It lies north of Helsingborg and belongs to Höganäs Municipality.

Driving north from Sofiero Castle in Helsingborg following the road along the waterfront, you will reach Höganäs, the central town of Höganäs Municipality, and the seaside town of Mölle. From here, the road is rather steep leading up into the mountains and to the Mölle Golf Course, the Kullaberg, the Kullen Lighthouse, and the remaining parts of “Nimis”, the controversial driftwood sculpture by Lars Vilks.

Kullaberg is Sweden’s most visited nature reserve. The terrain is rugged and beautiful. The cliffs plunge (up to 70 metres) straight into the water. As we witnessed, one can climb some of these steep cliffs accompanied by a professional guide and with appropriate equipment. Other activities on offer include treasure hunts, caving tours, porpoise safaris, snorkelling, and kayaking.

Just before the Kullaberg, you will pass a popular golf course: the Mölle Golfklubb. This golf course is said to have Sweden’s most beautiful views. From 16 of the 18 holes, you can see the sea, or so they say.

The Kullaberg is the northwest continuation of the Söderåsen Ridge. A little further north in Skåne, there is a similar horst (to which the Bjäre Peninsula and the Hallandsåsen belong) running diagonally through the landscape. Thus Skåne’s terrain is not everywhere as flat as in Söderslätt or Österlen, for example.

Next to the Naturum (visitor information centre of the nature reserve with exhibition) stands the around 100-years-old Kullen Lighthouse, which is worth visiting. It is considered Scandinavia’s most powerful light and can be seen from a distance of 50 km.

From Helsingborg, you can walk along the coast to the Kullaberg. From here, the trail continues in easterly direction, passing Arild before reaching Utvälinge. This coastal walking trail is called Kullaleden and it is 70 km long. It is part of the long Skåneleden Trail (Section SL 5) and was opened in 2013.

One of Sweden’s most beautiful cafés: Flickorna Lundgren

When on the Kullen Peninsula, you should definitely pay a visit to Skäret on the north shore. Every summer, the café Flickorna Lundgren på Skäret, or Flickorna på Skäret for short, attracts over 70,000 guests.

The café was founded by seven sisters in 1938 and is a major tourist attraction today. You can sit outside (450 seats, with 200 indoors, under the roof of a greenhouse). The place is lovingly maintained and the views are magnificent. All of the cakes, pastries and breads are made at their own confectionery and bakery, on the premises. Nowadays, they also have a restaurant.

The café is open from the beginning of May to mid September.

Apart from the picturesque village of Mölle, Viken and Arild are another two great examples of the quaint seaside resorts one can find on the Kullen Peninsula. Höganäs has a harbour with restaurants and views of the water and the evening sun.

When in Höganäs, do not miss visiting at least one of the many potteries. They often have cafés, too. Höganäs Keramik, for instance, have been around for over 100 years and their stoneware is available from many shops and outlets in Sweden.

Hotels near Kullaberg and on the Kullen peninsula 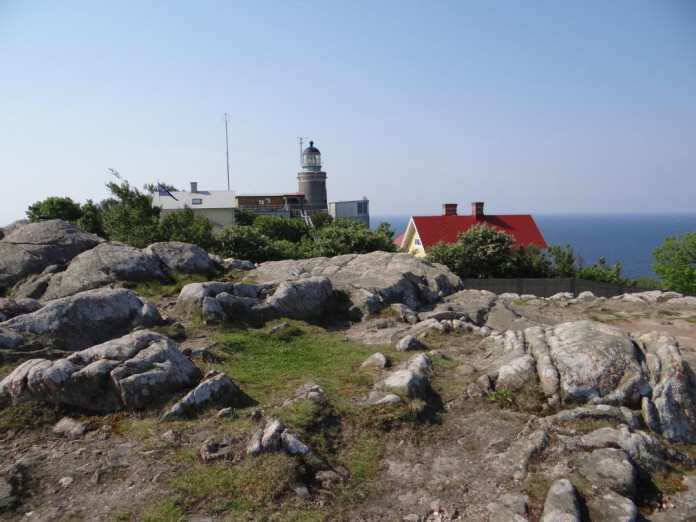 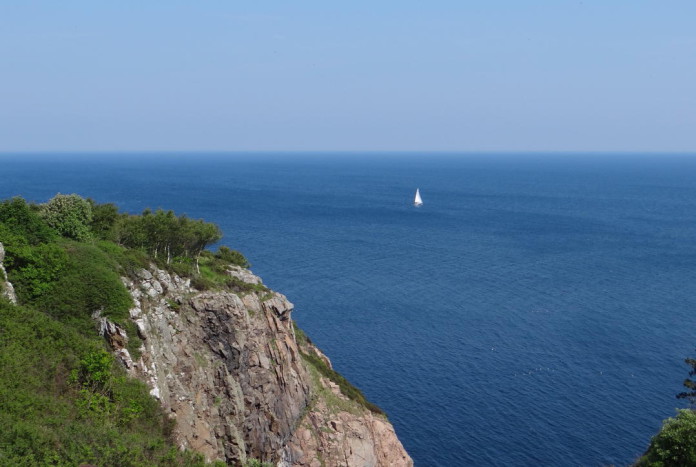 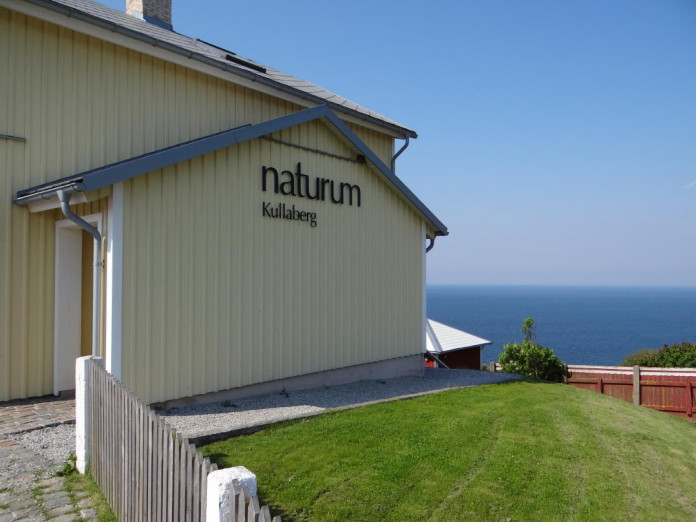 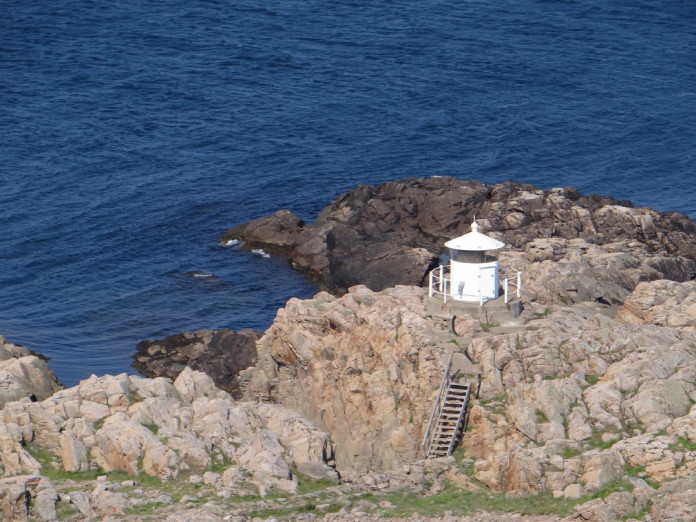 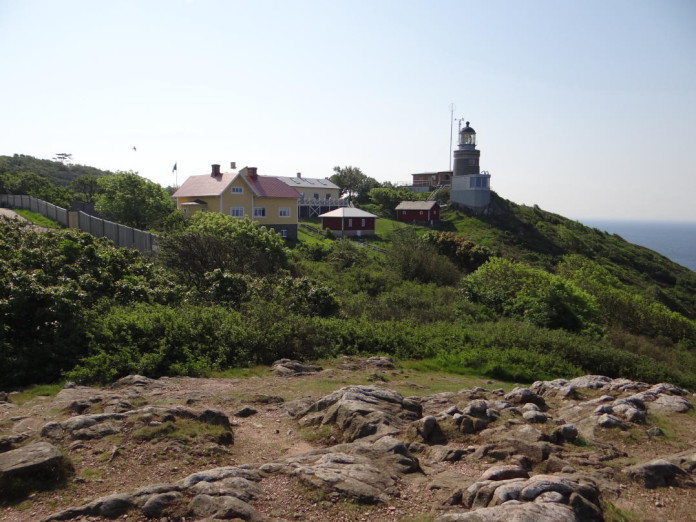 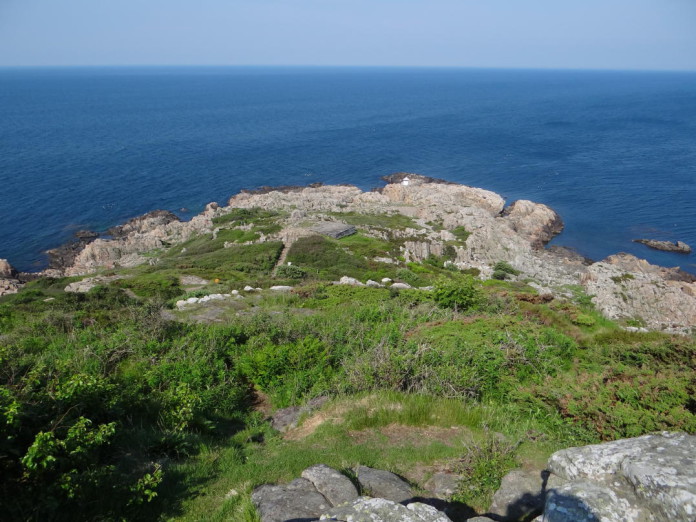 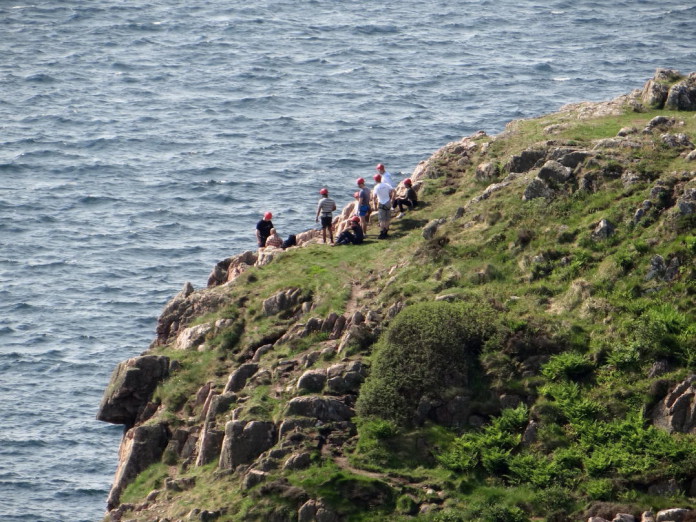 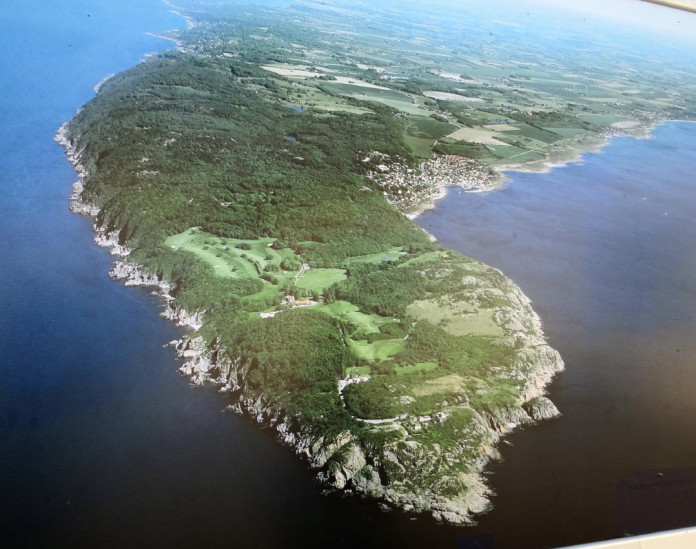 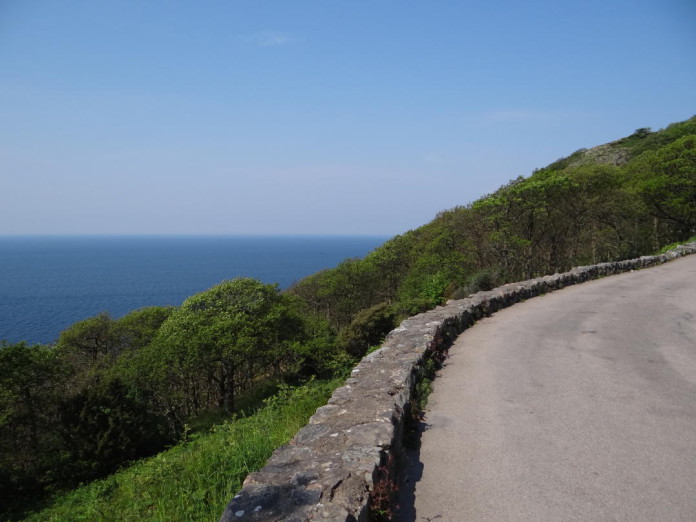 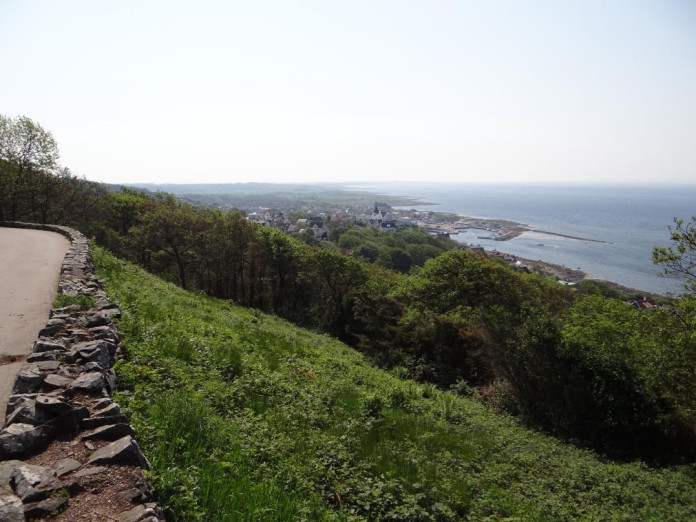 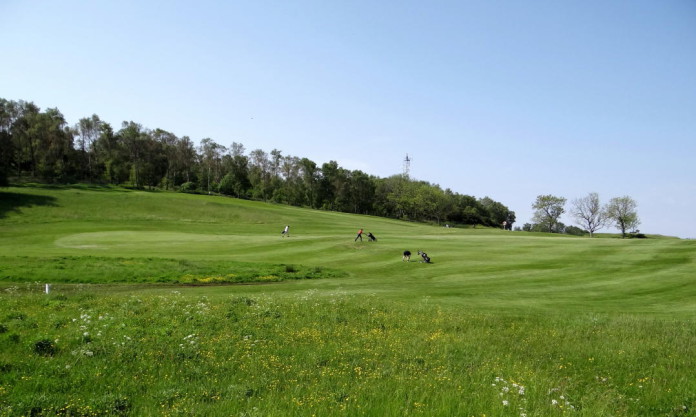 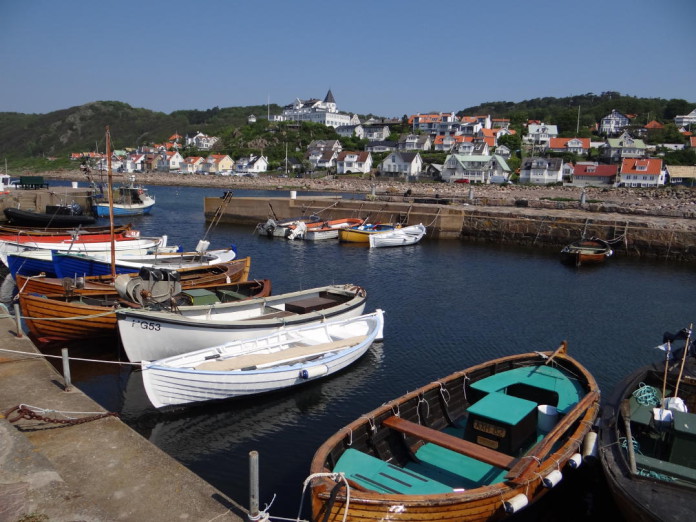 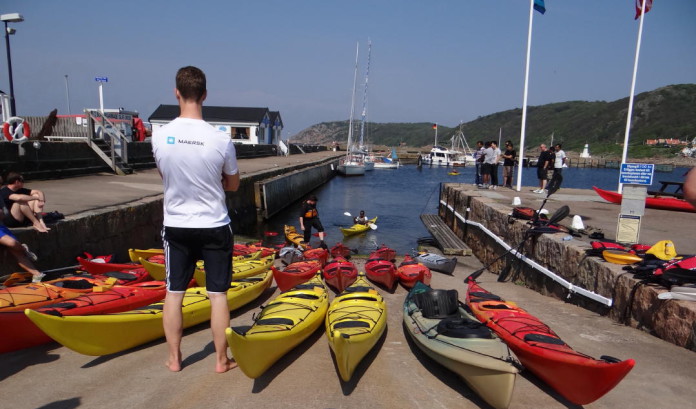 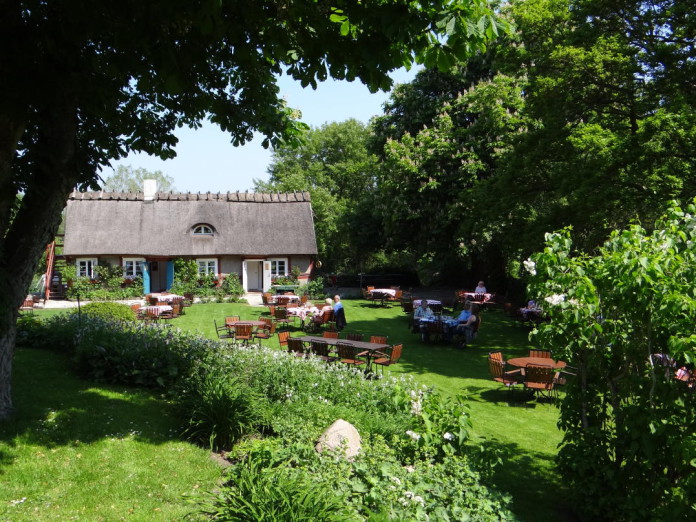 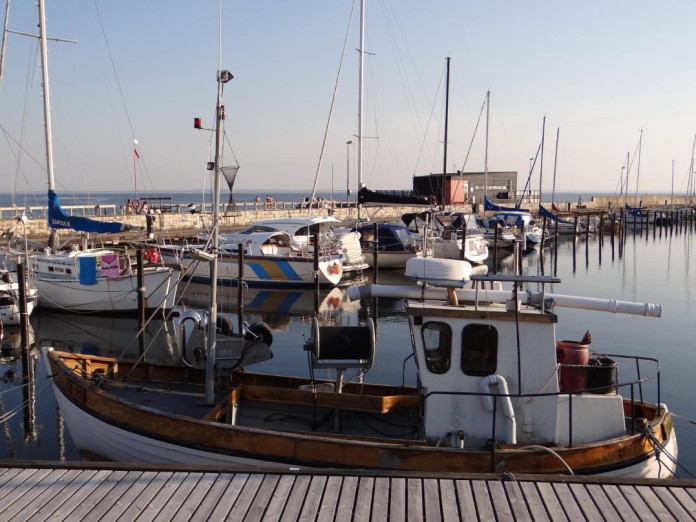 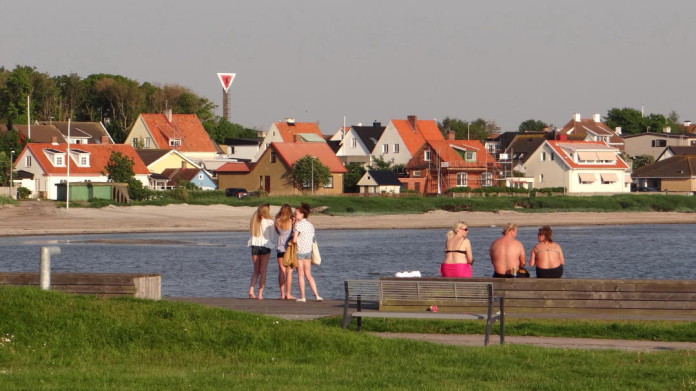 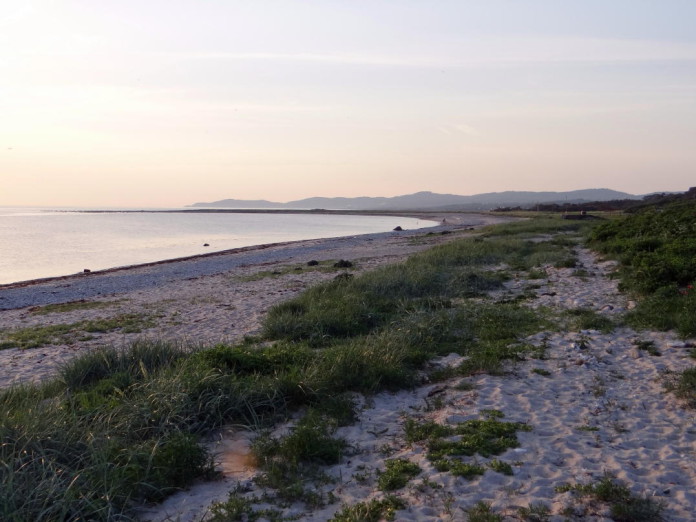 View from the village of Strandbaden, north of Höganäs towards Kullaberg 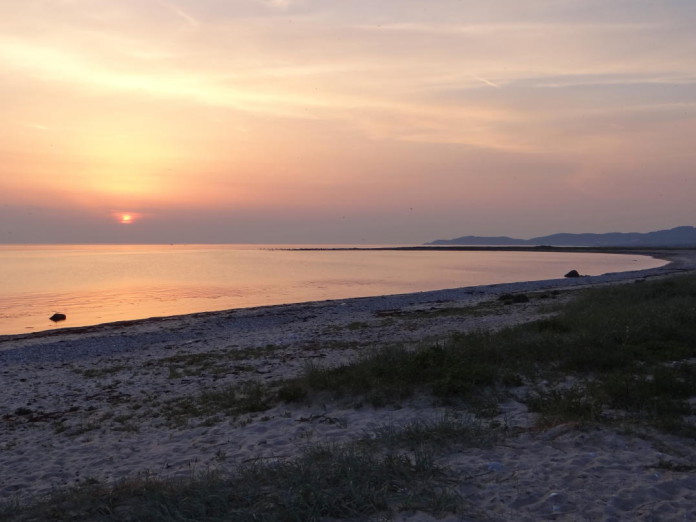