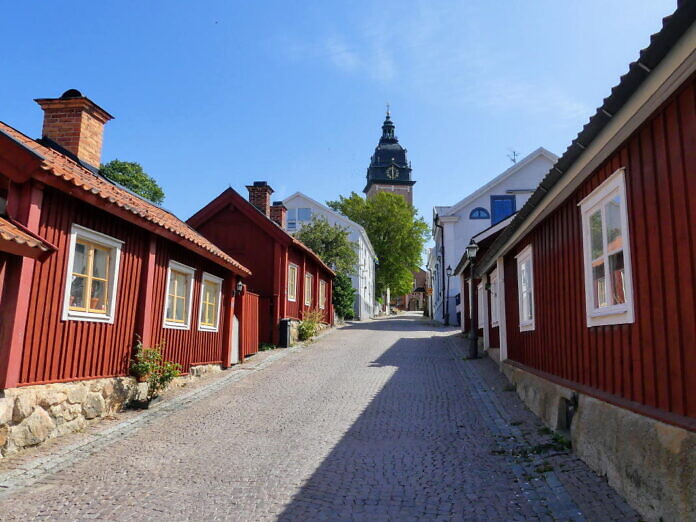 The province of Sörmland is located southwest of Stockholm. Sörmland is particularly known for its numerous castles and manor houses but also for its impressive archipelago.

In the 17th century, when Sweden was one of the great European powers, many wealthy and aristocratic Stockholmers had their country residences built in Sörmland. They had received the land from the Swedish Crown as a reward for their services. Some of these manors are exceptionally large and have beautiful park-like surroundings, such as Ericsberg Castle outside Katrineholm, for example. You won’t find such a density of castles and manor houses anywhere else in Sweden.

Gripsholm Castle in Mariefred is a popular tourist destination in Sörmland. It is well known due to Kurt Tucholsky’s novel of the same name. Tucholsky is buried in Mariefred’s cemetery.

Strängnäs is likewise a very popular destination with its cathedral and its cozy small town charm. The narrow cobblestone street leading up to the cathedral is said to be Sweden’s most beautiful, see photo above. Its name is Gyllenhjelmsgatan.

Around 2,800 islands, islets and skerries are located in front of the coastal towns of Trosa, Nyköping und Oxelösund. They are easily accessible and partially connected by small bridges.

Boat tours to the archipelago depart from Nyköping, Trosa and Oxelösund.

Sörmland’s landscape is beautiful and idyllic, as are its small towns, e.g. Nyköping, Trosa, Mariefred and Strängnäs. It is not without reason that many romantic movies are made here.

Even though this is the countryside, Sweden’s largest major city is never far away. Which is why Sörmland likes to advertise itself with the slogan “Stockholm Country Break”.

Apart from experiencing Swedish culture and history, you can also pursue your sports and leisure interests in Sörmland. There are golf courses, hiking trails, bridleways, canoe and kayaking routes, cycle paths, countless bathing places, and, last but not least, fishing opportunities in the waters of the Baltic Sea and in approximately 400 lakes.

For those who enjoy hunting, there are good grounds and offers, for example at Ericsberg Castle. When we went on a nighttime safari here, we spotted roe deer, fallow deer, red deer and lots of wild boar.

In Sörmland you can find many local suppliers that produce their food by hand, organically and sustainably. Culinary delights range from ostrich liver patés, lamb sausages and smoked boar to special varieties of coffee, fish and cheese, or even edible wild flowers.

If you are travelling to Stockholm with a low-cost airline, you are likely to land at the Skavsta Airport (officially “Stockholm Skavsta”), which is located right in the middle of Sörmland – 100 km south of Stockholm. Skavsta is situated approximately 7 km northwest of Nyköping, the capital of Sörmland County, which gained the status of a royal seat in the 16th century.

Fly and hike: the Sörmlandsleden trail

The 1,000-km-long hiking trail “Sörmlandsleden” begins directly at the Skavsta Airport arrivals hall. Thus, if you want to go hiking in Sörmland, you won’t be in need of a rental car or public transport.

Sörmland is an acknowledged abbreviation of the name “Södermanland”. Today, both terms are used more or less equally often, even though in different contexts. In tourism, the use of the term “Sörmland” seems to be more common.

Here are some hotels we especially recommend: 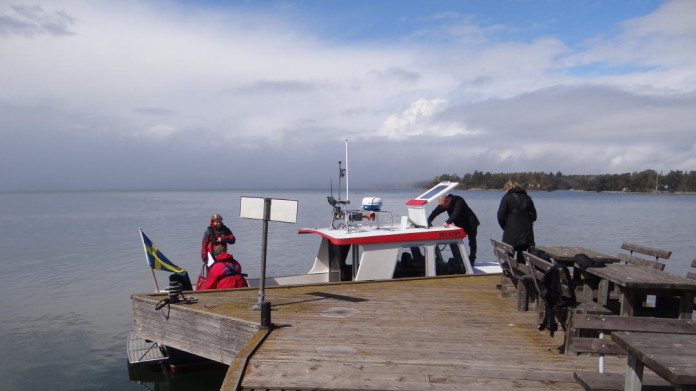 In the archipelago, not far from Oxelösund Picnic in the archipelago 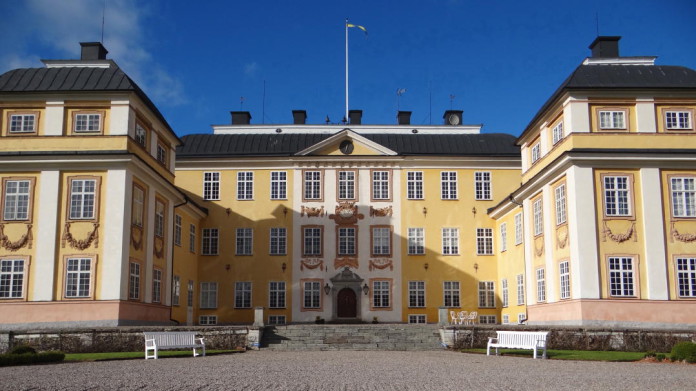 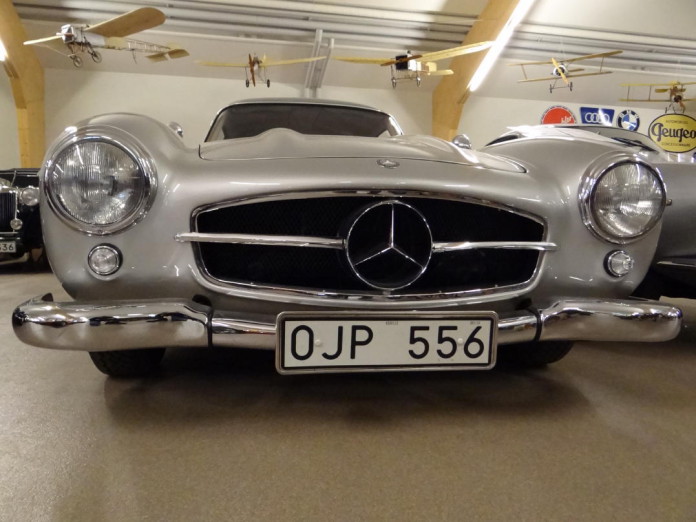 In the car museum at Sparreholm Castle 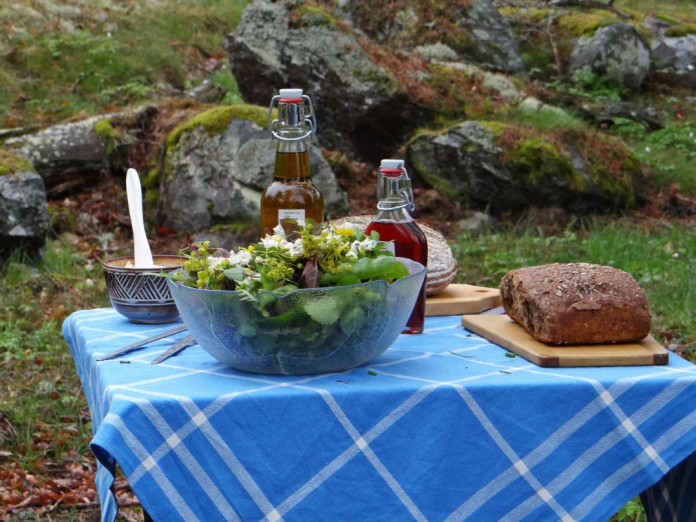 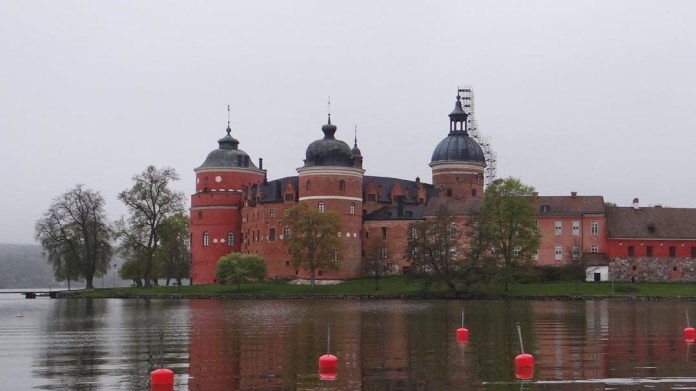 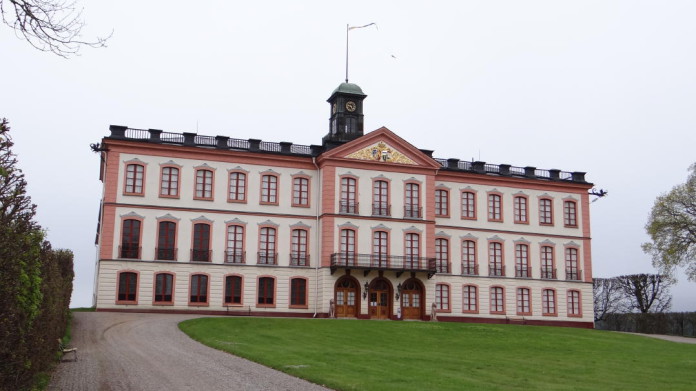 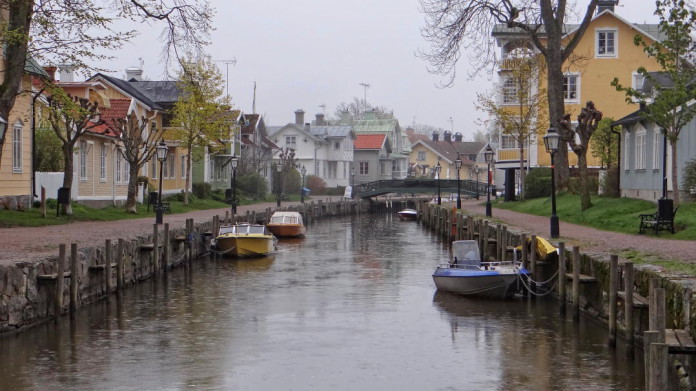 The coastal town of Trosa

The Flottsbro ski slope in Huddinge between Stockholm and Södertälje