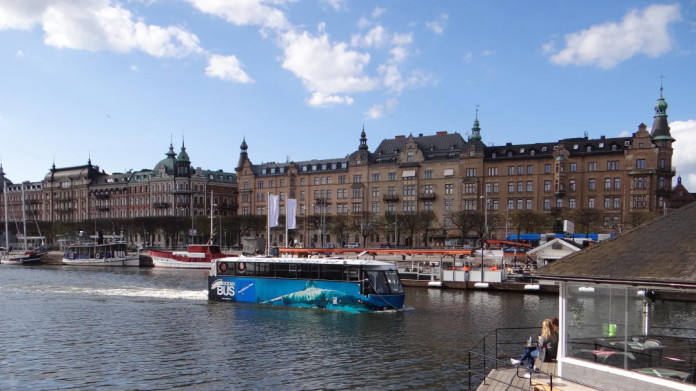 Difficult to decide if you want to go sightseeing by bus or by boat? Well, in Stockholm you can now do both – simultaneously. A so-called Ocean Bus takes you around the city in a unique way that lets you experience Stockholm from both land and water.

The Ocean Bus is an amphibious bus. When the bus did its first test drives last year, some people reportedly called the emergency number 112 and notified the rescue services of a bus that had fallen into the water. Now the Stockholmers have become accustomed to the new vehicle.

The tour takes 75 minutes, starts at the Djurgårdsbron (the bridge entering the island of Djurgården) and is guided in English. On the tour you will get to see ten of the top highlights in Stockholm.

If you want to go on a tour without queuing, you can get the tickets from our partner GetYourGuide – you can also do so shortly before your tour. 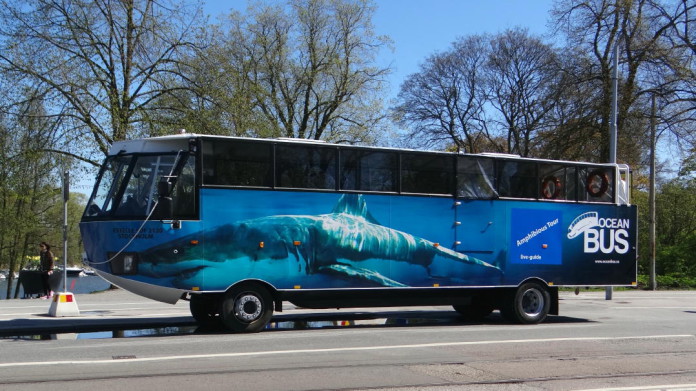 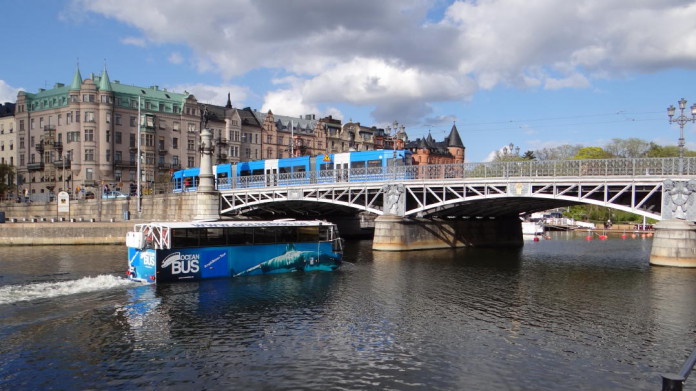 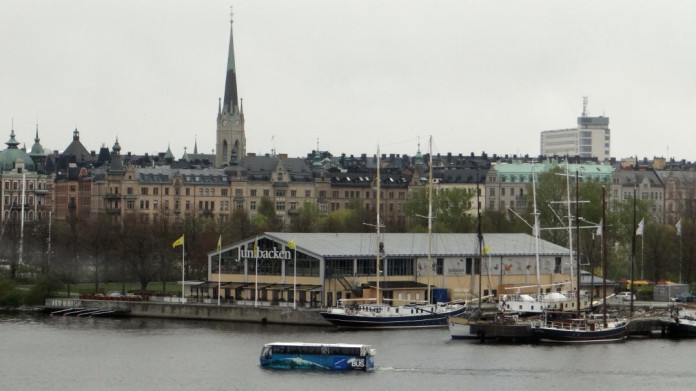 Read our overview: Sightseeing tours and guided walks in Stockholm