When we went to Örebro for the first time, we only had a vague idea about the city and the region. We knew of the castle of Örebro and we had also heard of the Tiveden National Park; however, we hardly knew much more than that.

After a few days in Örebro we were amazed that you can find almost everything here that a holiday maker in Sweden desires, in such a small space. The town offers not only an impressive castle and a lively town centre, but also a wide range of attractions and outdoor activities.

The small river “Svartån” meanders through the centre of Örebro. On its banks you can find a beautiful city park and the open-air museum Wadköping, with old buildings from the town.

The old oil port of Örebro has been transformed into a unique nature reserve, where you can go for a walk, drink coffee at the Naturens hus café, and also observe water birds, beavers, otters and other animals at the Oset-Rynningeviken bird sanctuary and Naturens hus visitor centre.

If you drive for only half an hour or so out into the surroundings, you can enjoy more nature – for example, in the areas of Kilsbergen, Bergslagen, Tiveden, or in the archipelago of Askersund on the northern shore of the great Lake Vättern. In these areas you can find many amazing outdoor activities: You can go hiking on the “Bergslagsleden”, the Bergslag trail, or cycling, canoeing, fishing, and picking mushrooms and berries.

In the Örebro region there are castles, industrial monuments, such as ironworks and zinc mines, and idyllic small towns with wooden houses, like Nora. Throughout the whole region everything is well preserved, presented and signposted.

Örebro region: The Heart of Sweden

The Örebro region, with a total of 12 municipalities, presents itself as The Heart of Sweden. If you look at a map, you can see that this is true. The region lies about halfway between Gothenburg and Stockholm and, thus, right in the middle of the most populous part of Sweden. The E20 motorway connection between Gothenburg and Stockholm runs directly through Örebro, as do important railway lines. Sweden’s largest rail yard is located in Hallsberg, south of Örebro.

The Örebro region is also surrounded by the largest Swedish lakes: the Vänern, Vättern, Hjälmaren, Mälaren and Siljan.

The fact that we had previously not perceived Örebro correctly is due to our own fixation on the Swedish historical provinces, the “landskap”. The Örebro region does not fit into this classification. In the southwest the region belongs to Västergötland, in the middle to Närke, in the north to Västmanland and in the southeast a small area is in Östergötland.

For us, Örebro is the greatest discovery we have made in Sweden for years.

Our recommendations for Örebro

Hotels in the Örebro region

Holiday homes in the Örebro region

A bit further south you could also consider the area around Lake Vättern: 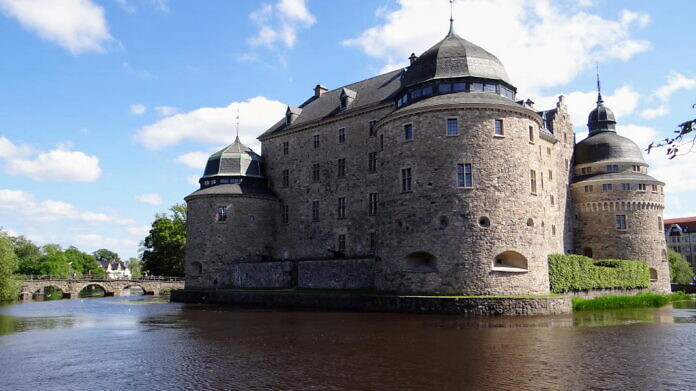