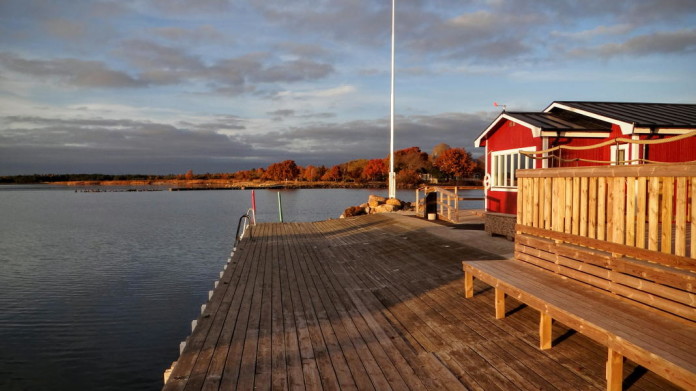 Thanks to increasingly reliable long-term forecasts from the Norwegian Meteorological Institute yr.no and its Swedish counterpart smhi.se, we sometimes go on spontaneous trips in Sweden if the weather reports are good. I once tried that at the end of October when the season was over. I booked a flight to Gotland on Monday, departed on Wednesday and came back on Sunday. I didn’t regret it.

My first day in Visby, the biggest town on Gotland, was indeed as splendid as the weather reports had promised. I enjoyed great views of the Medieval and Hanseatic centre of Visby, with blue skies in the background and a very calm sea. It was mild and almost windless, quite unusual for this time of the year – perfect conditions for my first encounter with the island in the Baltic Sea.

You need a car to get around the island

The tourist information in Visby recommended me to rent a car for my tour. Otherwise it would be almost impossible to visit far-off places like the little island of Fårö in the north or the peninsular Storsudret in the south. Fortunately, there are two inexpensive car rentals in Visby’s ferry port that rent out used cars for 350 – 450 SEK per day. Mine was an older Ford Focus. It took me around the island safely and without any problems. I drove 650 km in four days.

Gotland is extremely popular with Swedish tourists in the two months from mid-June to mid-August. There are numerous large holiday resorts and campsites along Gotland’s 800 km long coastline, and they are all packed during the peak season.

Foreign tourists also like to come early and late in the season – in May and in autumn. However, if you come outside of the peak season you have to make do with limited opening hours of cafés and restaurants. I didn’t find that a problem. I bought some baguettes and cold cuts from the local grocery store instead and then had an ad-hoc picnic along Gotland’s endless coastline.

Some of the resorts and campsites rent out holiday homes all-year round while they close all other business operations: no camping, no restaurant, no shop. So if you rent a holiday home on Gotland off-season, you have to rely on self-catering. Some local cafés and restaurants might open on a Friday or Saturday night but you cannot count on that. Despite these limitations tourists do come to Gotland’s holiday areas outside of the peak season. I met some visitors from Holland, Poland and Germany who went for long walks on fine sandy beaches.

The Hanseatic Town of Visby is a World Heritage site. Visby, of course, is an all-year-round destination. Here you find a wide range of hotels, cafés, restaurants, shops, and museums regardless of the time of the year.

When I visited Gotland – at the end of October and beginning of November – it was quieter on the island, and people had more time to talk. I met a very friendly couple in Klintehamn, south of Visby. They were from the Shetlands originally. Now they run a cosy shop, gallery, and café in an old warehouse, which has been renovated with care, skill and taste. A very lovely place, indeed: Klintegården Butik & Galleri.

In Lickershamn north of Visby I met a very pleasant and humorous fisherman. He runs the small fish shop and smokery in the harbour. He and his dog seem to love it there. In the summer, the small harbour welcomes yachts from all around Northern Europe. 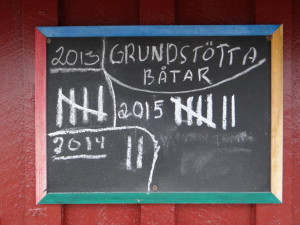 Unfortunately, a few of these yachts run aground on a reef near the harbour entrance when they try to take a shortcut.

The fisherman keeps track of them on a blackboard that he has nailed to his fishing hut. Over a cup of coffee he told me that the scoreboard is as frequently photographed as the impressive “raukar” (rocks, stacks) near the harbour.

If you plan on staying in Visby, you can go directly to  Hotels, hostels, B&Bs in Visby

I recommend the Best Western Solhem Hotel, which is close to Visby’s city wall. The hotel has a generous breakfast, and large and comfortable rooms. I stayed there during my tour. 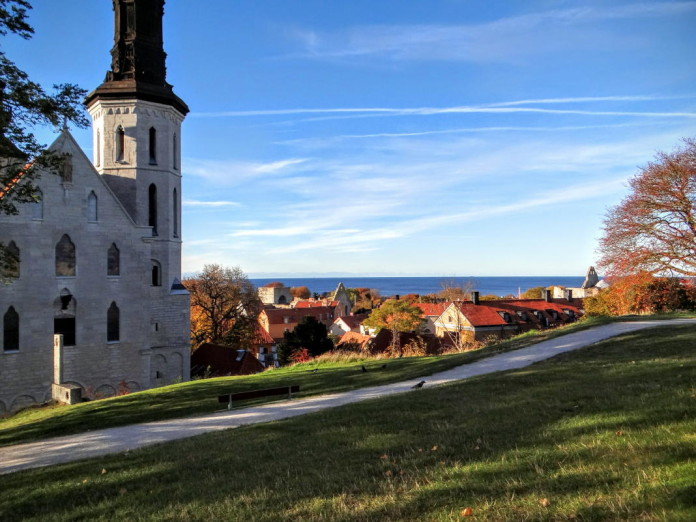 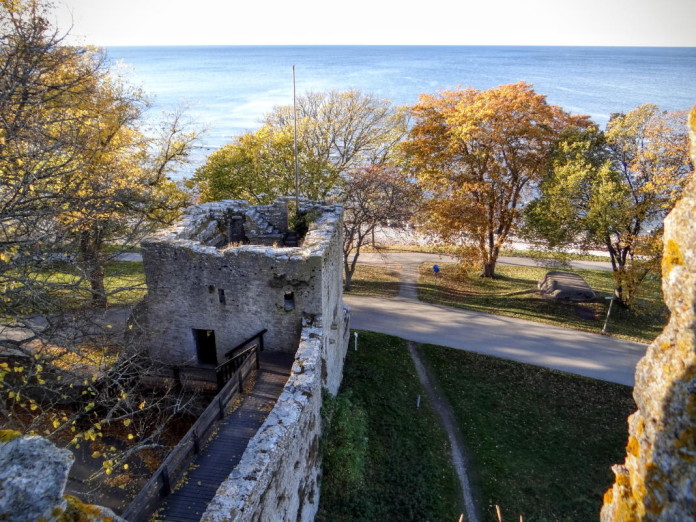 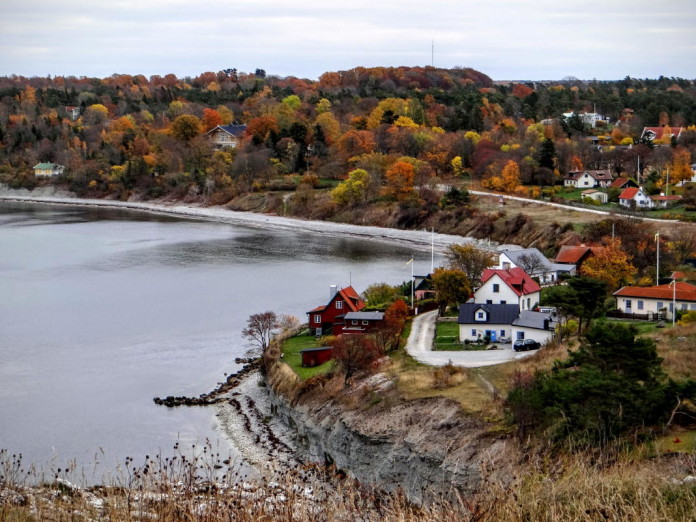 View from Högklint south of Visby 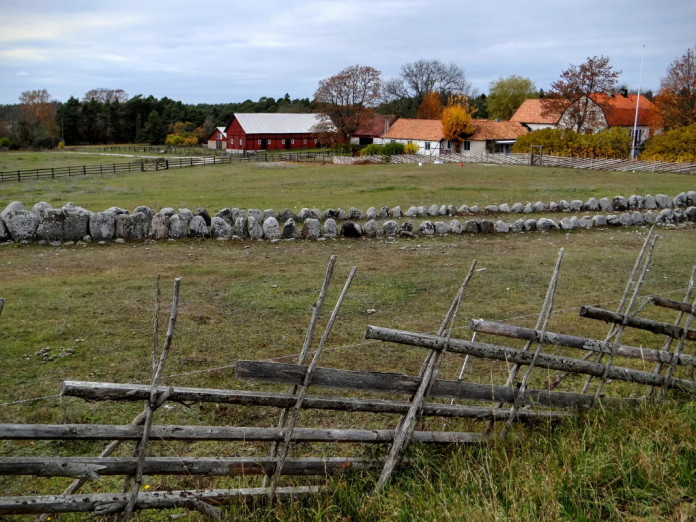 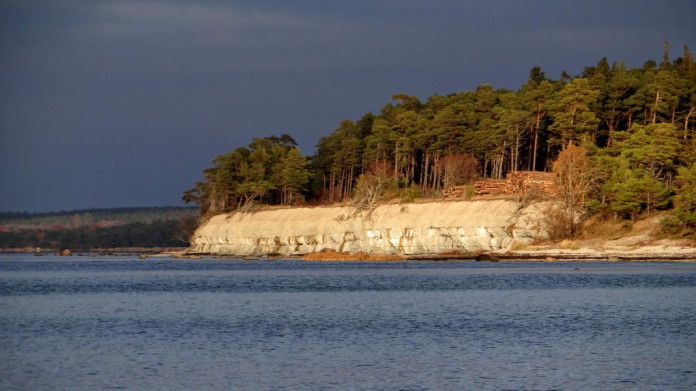 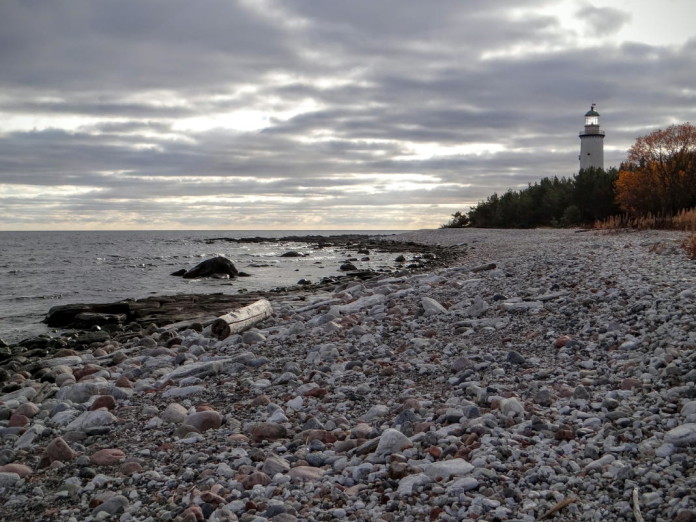 Fårö Lighthouse in the north of Gotland 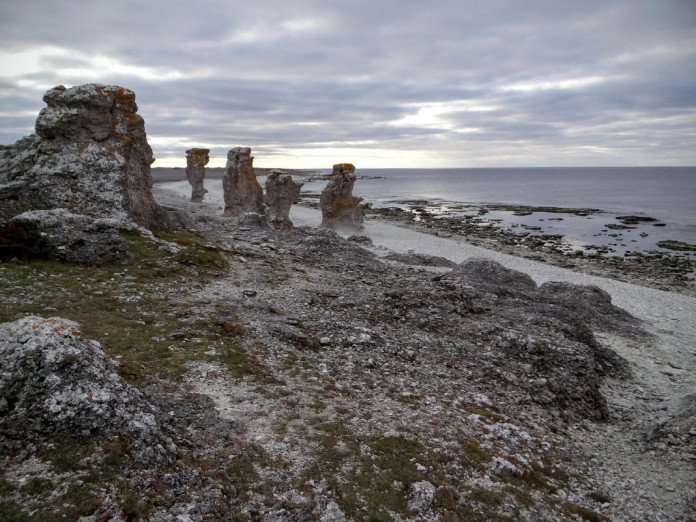 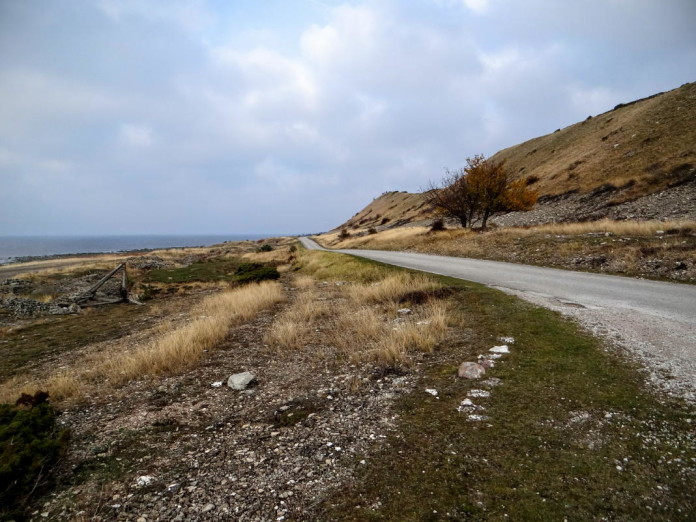