Many Swedes like to celebrate. On some occasions they just meet somewhere outdoors and party in a relaxed way.  On other occasions they dress up and celebrate in quite a formal way – just think of the Nobel Banquet that is held every year on December 10 and broadcast live on TV. Here are some highlights in the Swedish calendar. Swedish festivities from Easter to New Year. 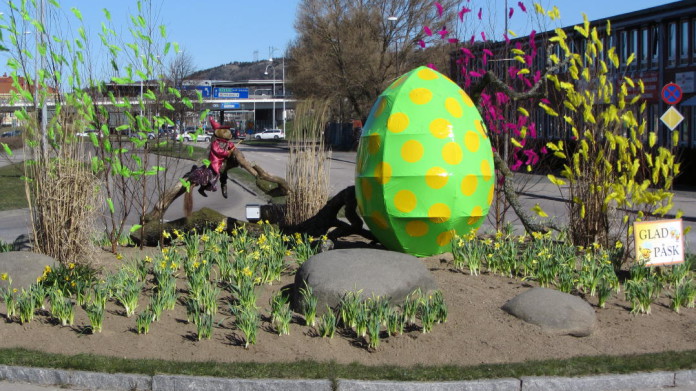 This decoration in a roundabout comes from Mölndal, Västergötland – you can see flying witches, decorated eggs, birch twigs, feather tokens and other elements of the Swedish Easter tradition

If you want to find an evening when song is to be heard in every village, town or city, then be sure to be in Sweden on the 30th of April. On that date, known as Valborgsmässoafton (Walpurgis Eve), huge bonfires are lit at dusk. As the fire grows in intensity, singers from local choral groups come forward to sing songs that celebrate the end of winter and herald the arrival of spring. In Stockholm there are several places where you can join the festivities and one of the most popular you’ll find at Skansen open air museum. 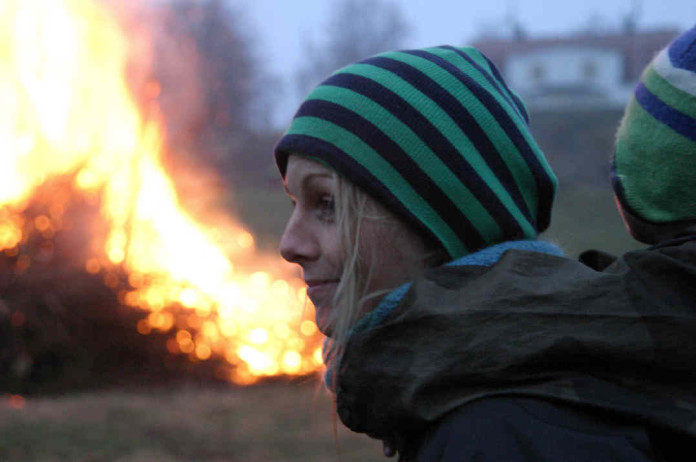 Valborg on the island of Utö in the Stockholm archipelago

At the end of May and beginning of June you will notice many young people with student caps in Swedish city centres. They are celebrating their last days in school (secondary education, which is called “gymnasium” in Swedish). In many cities processions are organized and the students get driven around town on trucks and tractors (“studentflak”). During this graduation time many other student events are held, both in public (student balls) and at the students’ homes (receptions and dinners). Though alcohol usually is forbidden at such festivities, it unarguably plays a major role during these days. 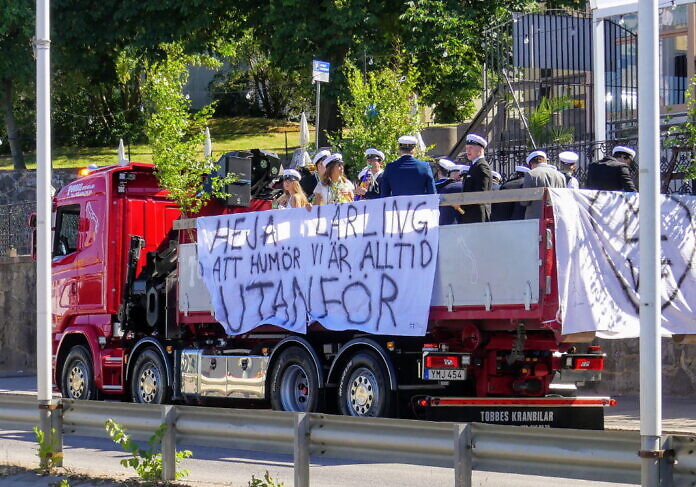 The Swedish National Day used to be called the “Swedish flag day” (Svenska flaggans dag). It is celebrated to commemorate the election of Gustav Vasa as King of Sweden in 1523, which is regarded to be the birth of the Swedish state. Our pictures are from a National Day celebration in Halmstad. As you can see the colours blue and yellow dominate on that day. 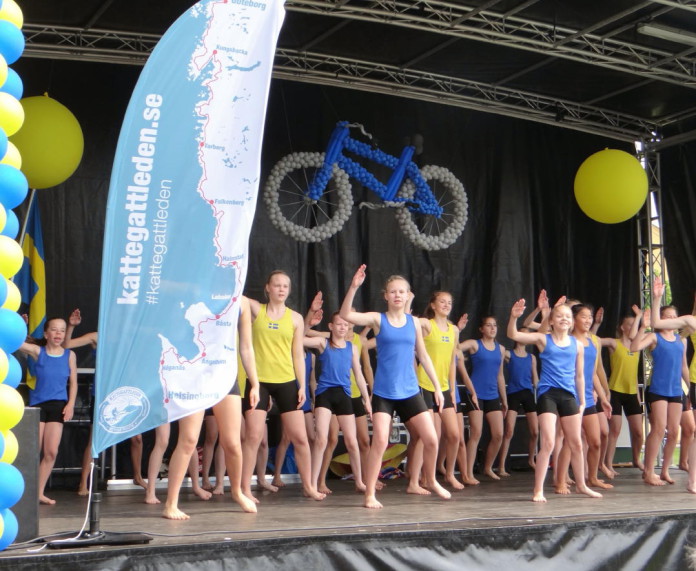 Our Midsummer photos are from Västergötland. However, you can find similar Midsummer celebrations all around the country. Birch twigs, flowers, and of course a maypole are part of the Midsummer traditions. Midsummer is celebrated at the end of June, around the summer solstice and longest day of the year. For many Swedes and even for many tourists, Midsummer is the highlight of the summer months and often celebrated in the countryside. – Read more about Midsummer: 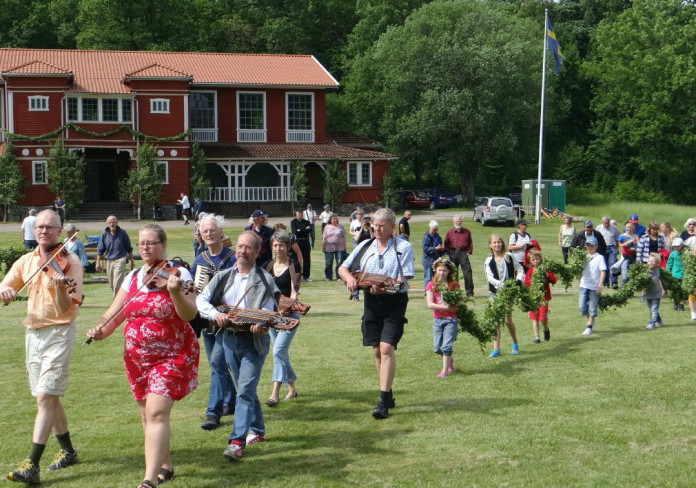 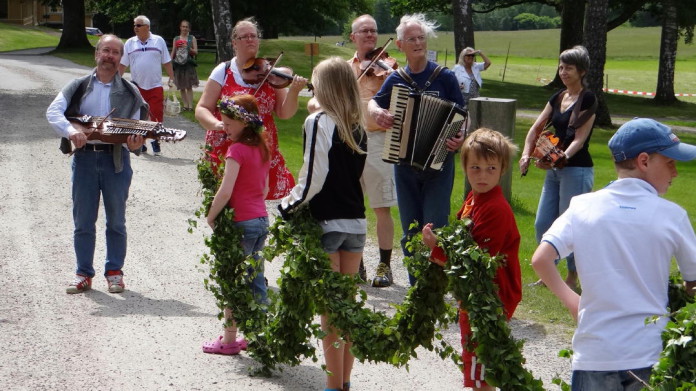 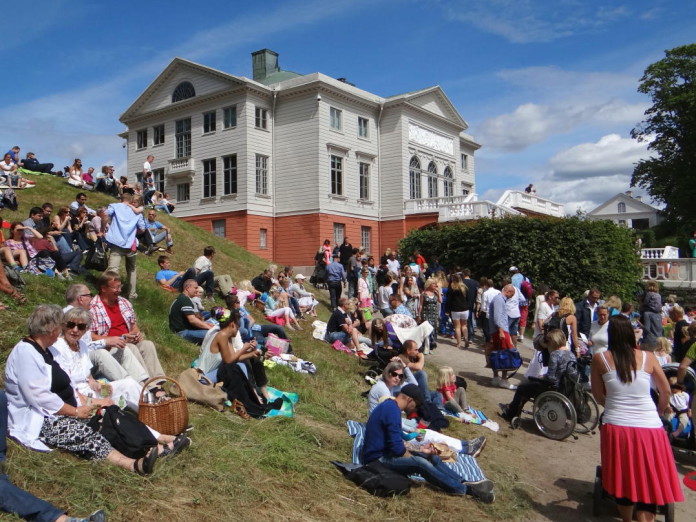 In the first half of August, we celebrate crayfish parties. Usually a lot of snaps and beer is consumed during such a party. We often wear funny paper hats and silly bibs and use napkins with crayfish motifs. If the weather permits, these parties are held outside. 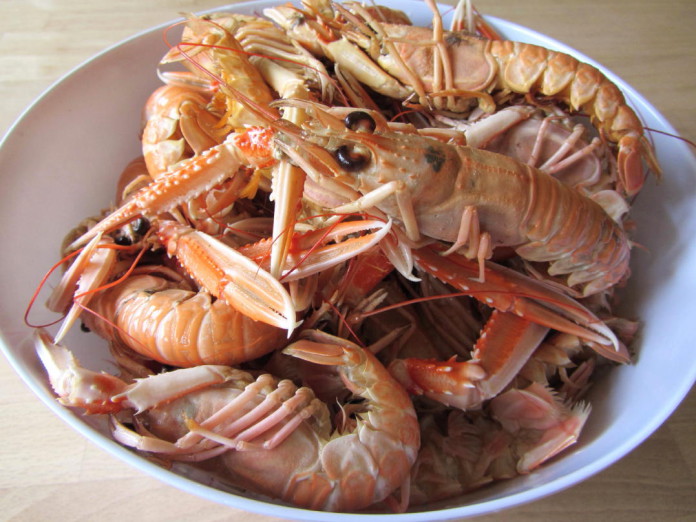 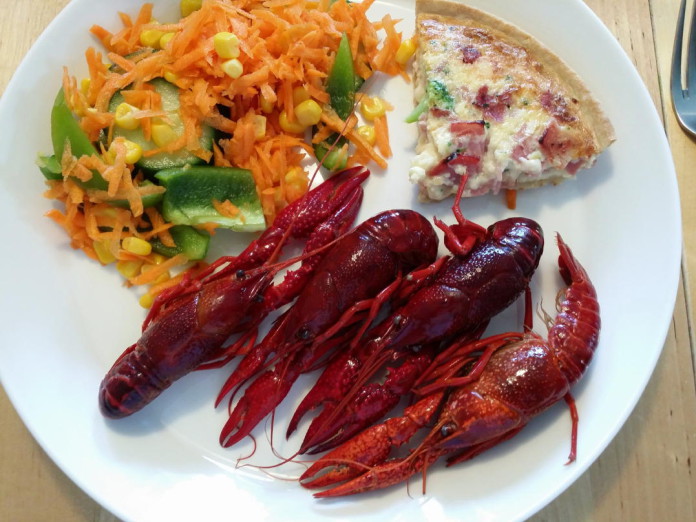 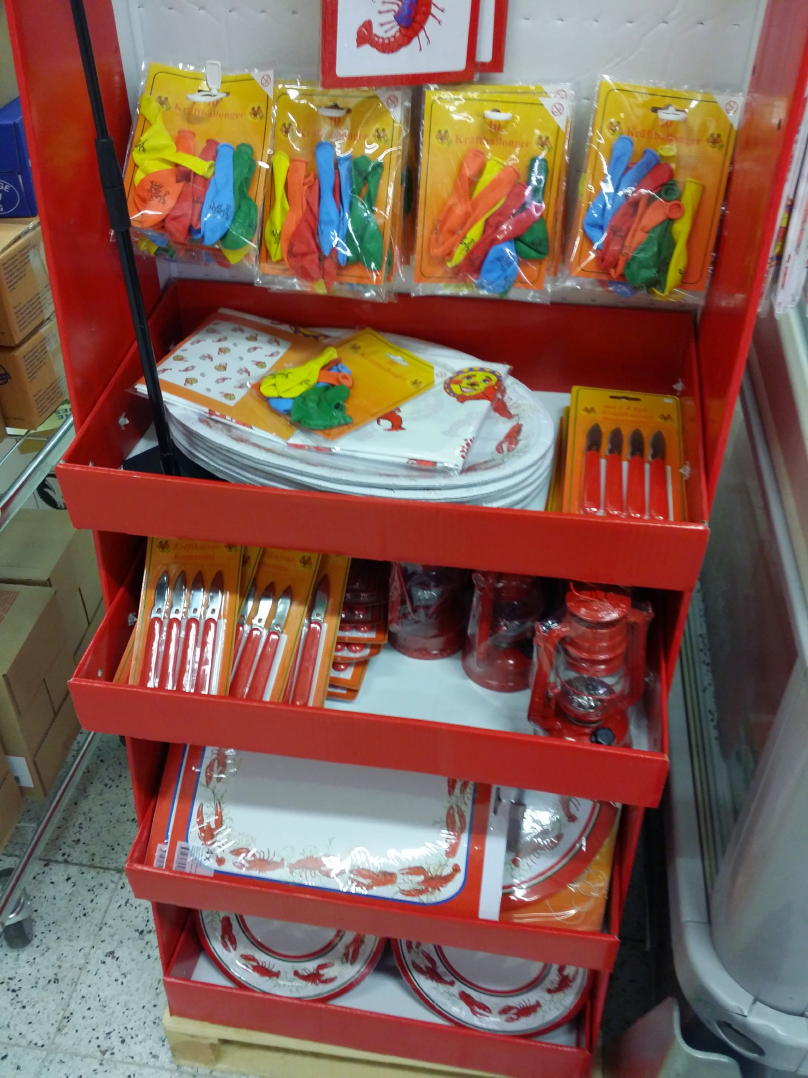 Read more about Food and drink in Sweden.

The Nobel Prizes are awarded on December 10. In the evening there is then the televised Nobel Banquet at the City Hall in Stockholm. The prize is awarded in memory of the Swedish chemist and inventor Alfred Nobel (1833 – 1896). Among other things he invented dynamite – and this invention made him rich. In Stockholm there is a Nobel Museum at the Stortorget square in the Old Town. Now there are even plans of a huge Nobel Centre near the National Museum on the peninsula of Blasieholmen in central Stockholm. 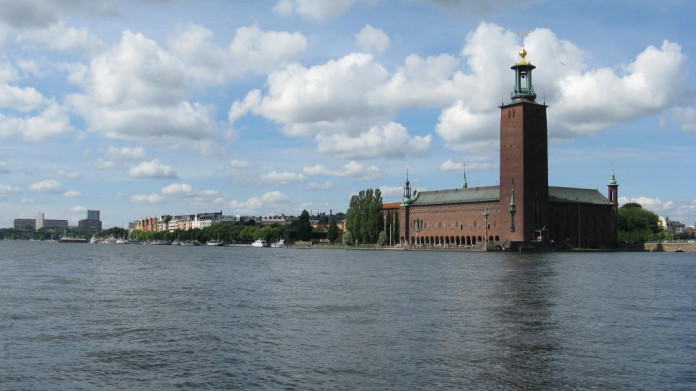 Stockholm City Hall: Here the Nobel Banquet is held each year on December 10

You have probably seen pictures of Swedish girls with lights in their hair. These pictures are from December 13. On that day Swedes celebrate St Lucia, the Queen of Light. Early in the morning children in Swedish families “surprise” their parents with Lucia songs that they sing in their parents’ bedroom. Later on in the day there are Lucia processions in day-care centres, schools, and retirement homes. The Lucia brings hope of lighter times when it is very dark in most parts of Sweden. Our picture is from the shopping mall Nordstan in Gothenburg. The blue ribbons are a bit unusual – normally they are red. 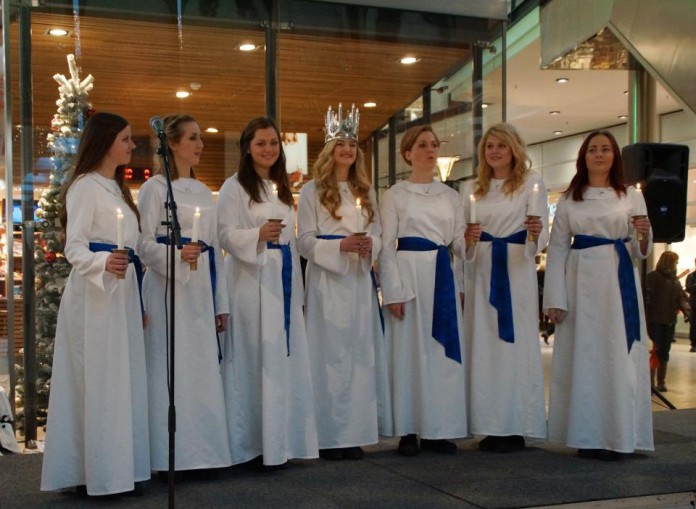 Another popular place to celebrate Lucia is the open-air museum Skansen in Stockholm.

The three major cities Stockholm, Gothenburg and Malmö all have their Christmas markets. However, you can also find Christmas markets out in the country, for example in Skåne and Småland – Huseby Bruk near Växjö is a good example. Gothenburg, the “Christmas City”, attracts many tourists with Christmas at the amusement park Liseberg. 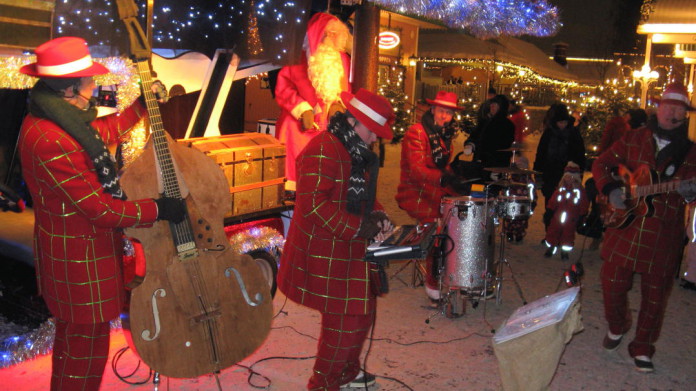 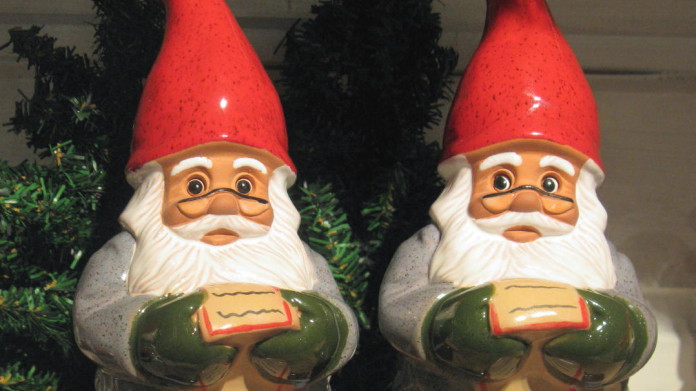 You can find New Year’s celebrations and fireworks in Stockholm, Gothenburg and Malmö, but even in other cities and towns. Our picture is from Gothenburg. 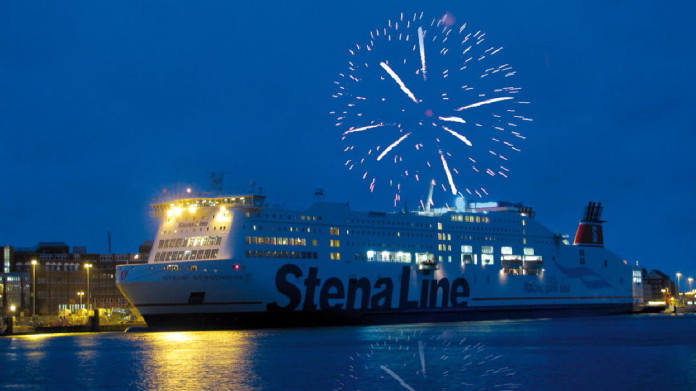