Home Bohuslän Now is the time for lobster fishing in Bohuslän 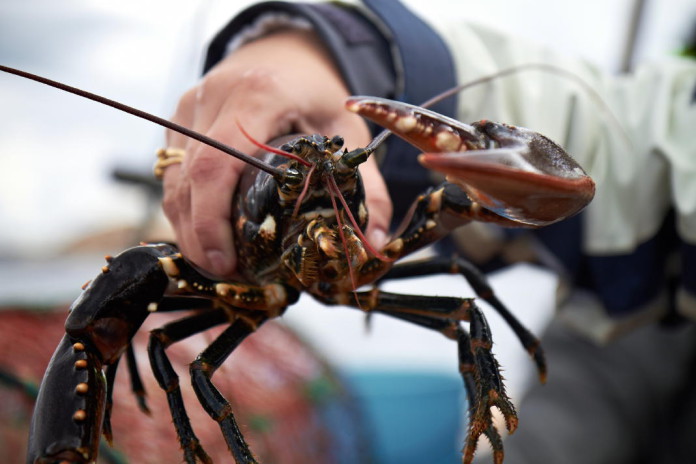 On the first Monday after September 20 the starting signal goes at 7:00 a.m. sharp. Then it’s time for lobster fishing in Bohuslän, a premiere that is a real premiere because it is a statutory one – unlike the crayfish or surströmming (“sour herring”) premieres that are now only based on traditions. Therefore, this morning at seven o’clock hopeful fishermen put in their lobster pots. It’s lobster premiere!

Yesterday there was expectation in the air. Preparations were numerous and accurate. The fishermen had to be ready to start in the early hours today. All lobster fishermen have their ideas about lobster pot sizes, fishing spots and bait. Many fishermen regard mackerel as a recipe for success to attract the ocean’s black gold into their pots.

The lobster premiere on the west coast is a celebration with long traditions. Its importance can be compared to the yearly elk hunt in northern Sweden.

Bohuslän is mostly ice-free coastline. Here salty Atlantic water comes in with the Gulf Stream. The clean and warm water creates perfect conditions for a rich (and tasty) lobster stocks – it’s one of the reasons that Bohuslän has become a real lobster paradise.

Swedish lobsters can mostly be found along the coasts in the Skagerrak, Kattegat and the northern Sound (Öresund).

According to traditional recipes lobsters are often cooked in dark beer (ale, porter) to produce a savory flavor and lift the flavors of the seafood.

Treasures of the sea

Lobsters are luxury goods. There is a lot of money at stake. According to Magnus at Gothenburg’s fish auction the first lobsters are usually sold for approximately SEK 1,000/kg during the first week of the season. 2012 was a peak of 102,000 SEK! But after a week prices go down – only to increase again before New Year because of all those who think lobster is a must for New Year’s Dinner. Fishing for lobster continues until Walpurgis Eve, i.e. April 30. You are allowed to hold them in reserve (in pots in the water) until May 10. After that, there is no fresh Swedish lobster available until the next lobster premiere in September.

To protect the species fishermen are not allowed to catch small lobsters that have not yet reproduced itself. There is a minimum size to comply with: 8 centimeters measured from the rear edge of the eye cavity to the rear edge of the back. If the lobster is smaller, it has to be released back into the sea immediately. This also applies to females with external roe, according to the Swedish Board of Fisheries regulations.

Lobster fishermen are prone to accidents

For the Swedish Sea Rescue Service the lobster premiere is a busy period. Lobster fishermen are prone to accidents. Last year, the lifeboats were called into action over 40 times during the first lobster fishing weeks.

When the first lobster pots are deployed, an intensive period of genuine Swedish lobster tourism starts. The Swedish lobster fishing attracts an increasing number of tourists to Bohuslän – Swedish as well as foreign visitors who want to be involved in fishing the ocean’s gold.

Bohuslän has received considerable attention in recent years in international media. Among other things, Bohuslän has been named the world’s seventh most beautiful wilderness area by ​​CNN. The region has also been written about in The Times, Lonely Planet Traveller Magazine, and National Geographic Traveller.

On the day after the premiere, the first kilogram of lobster from Bohuslän may sell for 10,000 SEK or much more at the fish auction in Gothenburg. The usual price is more like 500 – 700 SEK per kilogram. 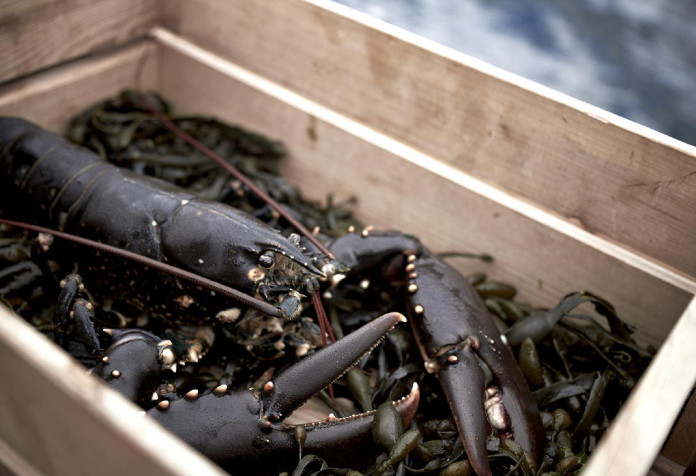 Swedish lobsters can be found along the coasts in the Skagerrak, Kattegat and the northern part of the Sound (Öresund). The lobster can often be perceived as black but has several colour pigments, mainly red and blue. When cooking, the lobster becomes red. A Swedish lobster is different from an American; it has clearer colours and larger claws. To be caught lobsters must have a carapace that measures at least 8 centimeters. Since 2011 hobby fishermen are no longer allowed to sell lobsters.

A lobster typically weighs about 300 grams, but can weigh up to five kilograms and be 50 years old. The lobster has been enjoyed as a delicacy since the 1600s.

The Åstol island in Bohuslän

Smögen and the Smögen Pier

Beautiful Bohuslän – A day by the sea in Fiskebäckskil

Rock carvings in Bohuslän: Vitlycke Museum is open every day during summer

Now is the time for lobster fishing in Bohuslän

3,000 tonnes of herring at Midsummer

Gullmarsstrand Hotel offers a magical setting 0 metres from the sea