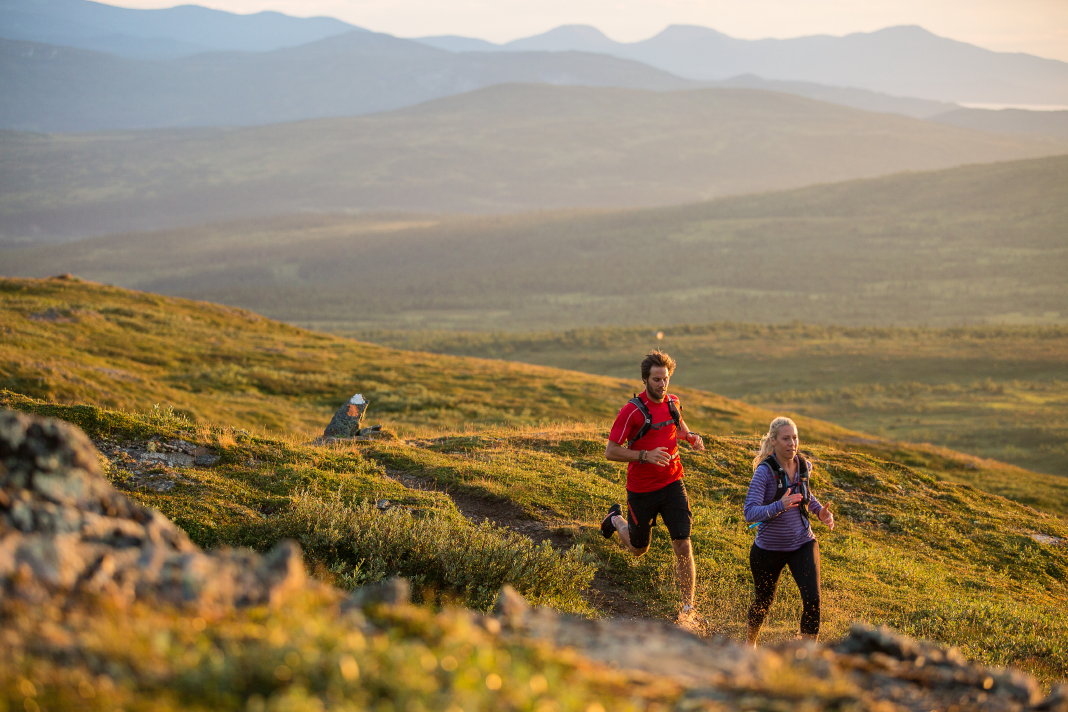 The Swedish mountains in Jämtland and Härjedalen hold gems still to be discovered:

There are a million reasons to visit Jämtland and Härjedalen this summer – we’ve listed five of them.

The Wilderness Road is a passage of road that winds its way through miles and miles of thick forests, over peaks, summits and along endless numbers of lakes and tarns. Nature enthusiasts are easily captivated by the sheer vastness of the wilderness and untouched landscape.

The road leads across the wide massifs of the Stekenjokk mountain range, where snowdrifts from the winter easily reach up to seven metres in height when the road is cleared at the beginning of June.

The passing fauna along the road is varied and diverse, the area is home to the densest bear population than in any other part of Sweden. A journey along this road offers a good chance of spotting predators as well as birds of prey and reindeer.

The 540 km long circular road, under normal circumstances, is open from the 6th of June until the 15th October. Don’t forget to pack your cross-country skis, as a chance to go skiing is highly likely, despite it being summer!

Inaugurated in 1909, Sonfjället National Park is one of Europe’s oldest national parks. The park is a vast wilderness area around the imposing Mt Sonfjället.

It is a majestic, yet easily accessed area, with a permanent population of brown bears, lynx, elk, and occasionally wolverine, wolf and the golden eagle. While the bear leaves clear signs of its presence, usually in the form of droppings, claw marks on trees and disrupted anthills, one would be extremely lucky to spot one.

At 1796 metres above sea level and Sweden’s highest peak south of the Arctic Circle; ”The Holy Mountain” Helags stands out above its surrounding peaks. The hike to the mountain station is majestic, passing through a landscape of mountain birch trees to the exposed area above the tree line.

After hiking 3 – 4 hours along the ridge the view from the summit is truly rewarding. And if the undulating green slopes, Sweden’s southernmost glacier and snow-covered peaks of the Scandinavian mountains aren’t wild enough; there are always the reindeer grazing and a chance to spot the rare arctic fox lurking for its next meal.

After a challenging hike, scrambling over rocks and trekking about 10 km, the forest opens up and stretching before you lies a landscape shaped by the elements. A gigantic lake once lay here, formed sometime towards the end of the Ice Age, roughly 9000 years ago.

The lakebed is now a large plateau and mystical cone-shape moraine-ridges watch over the area, like silent guardians. These ridges are known as the Pyramids.

Close by the Pyramids one finds “Issjödalen”, the Ice Lake Valley, an area interspersed with clear emerald green meres, and the Seven Springs, which are nature’s blessings to every thirsty hiker.

The area is an unexplored gem waiting to be discovered, but take extreme care; it’s a fragile ecosystem that is prone to erosion. Protection is needed in order to preserve this geological site for generations to come.

Don’t miss out on a chance to rest at the old Sami settlement called Grönvallen, half way to the Pyramids.

Arguably one of the best things about the Swedish summer is how bright the nights are. A great way to take advantage is to head to the rapids of Ammerån with a fly rod.

After driving down a bumpy forest track and walking the last stretch one arrives at Ammerån, a 60 km long river that stems from its sources in the mountains and down through the forests.

Land your fly perfectly and a grayling is a sure thing. Freshly prepared and grilled on an open fire, it makes for a delicious meal.

Midnight fishing touches the soul deeply and leaves little else to be desired.