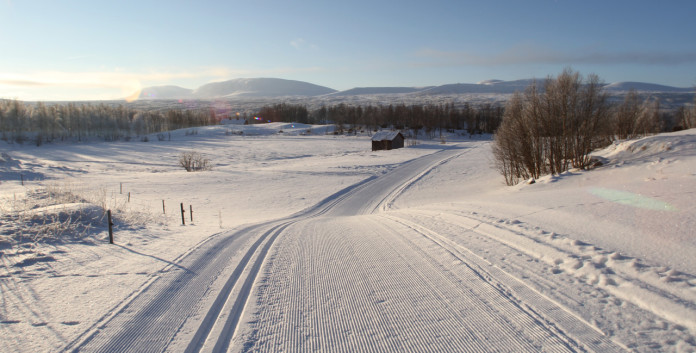 BRa Fjäll AB runs cross-country skiing facilities in Bruksvallarna and Ramundberget, both in the Härjedalen region. Since the 70s the area has developed into a very strong centre for cross-country skiing. The high altitude and location next to the Norwegian mountain massifs make the area one of Sweden’s most snowsure. Now the area seeks to expand its possibilities by storing snow, made during the previous season, to further advance the start of the season. BRa Fjäll is therefore pursuing the project “Snow Factory 2015-18”.

Nordic Ski Centre with over 300 km of tracks

BRa Fjäll can offer the world’s longest continuous cross-country track system – the Nordic Ski Centre, which is just over 300 km long and with several track centres that bind the system together. The snowsure tracks in Bruksvallarna and Ramundberget implicate that up to 1,500 skiers per day carry out their preseason training already in November. Among them are many of the world’s best ski teams and clubs.

“We intend to extend our offer by building a 2.5 – 5 km long cross-country track that will be available at the beginning of October. For this track, we need to save 8,000 to 12,000 m3 of snow over the summer. It is significantly easier and more energy-efficient to produce snow during cold winter periods instead of during the higher autumn temperatures,” says Magnus Myhr, CEO of BRa Fjäll.

Not only for elite skiers

“Cross-country skiing is becoming more and more popular. Ski tracks at high altitude in a beautiful mountain scenery attract visitors from all over the world. Being able to practice early in the season has become important for many – not only for elite skiers,” says Per-Erik Persson, Norrlandsfonden.

Hotels in Bruksvallarna and Ramundberget