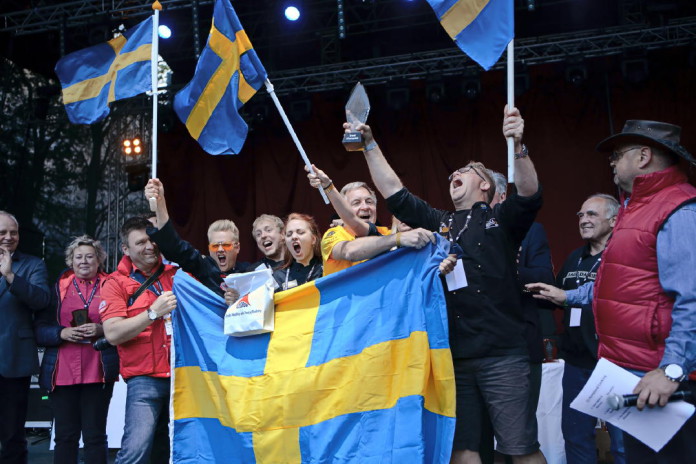 Approximately 60 teams from four continents will compete in the World Barbecue Championships in Gothenburg between the 13th and 14th of June. In addition to Europe, North America and South America a team from Africa could also be fighting for the World Champion title.

Today, there are 58 teams ready for the championship, of which 52 are competing for the World Champion title. The remaining six teams are participating in the Swedish and Nordic Championships, which are determined alongside the World Championships. So far, teams from 17 countries are ready but there is room for more. A team from Morocco is expected to be ready shortly and if that is the case, it will be the only African team on set.

A lot of barbecue cultures will be meeting in Gothenburg during the World Barbecue Championships. Inspiration, aromas and flavours from different parts of the world will be spread, joined and appreciated by judges as well as visitors.

“It’s thrilling to welcome so many different barbecue cultures, and there are some considerable differences on barbecuing in Europe versus Africa and North and South America,” Kent Nilsson says and continues: “For example, if you compare USA and Sweden we use significantly less time on the grill, and in the States you often barbecue larger pieces of meat and also use smokers. American food has a more apparent and sturdy smoke flavor.”

There are two teams from the States, including Texas Social Club, straight out of the barbecue mecca in USA.

In Argentina, which is lining up with the team Fuegos de Octubre, it is common to barbecue over an open fire and often the whole animal in one piece.

“In Morocco, there’s a way called ‘mesquito’, which basically means that you thread piglets or lambs on a skewer and then they are manually rotated over the grill up to 15 hours. If we are generalizing, one could say that in Africa and South America it is a more traditional barbecuing on an open fire, and in Europe and USA, equipment is used to a greater extent.”

In other words, there will be a lovely mix in Gothenburg between the 13th and 14th of June.

In addition to the long-distance guests, some of the most merited teams from Europe will be present. Participating from Austria is Goli & Chef Partie, the winner of the World Barbecue Championships 2011, and from our neighbour in the south: the Danish team who won the World Champion title in 2013. And let’s not forget the Swedish national team, who are the ruling champions in Europe.

The championships will be held at Heden in the city centre of Gothenburg. The Heden square is a large ballcourt, public space and parking area between Södra Vägen and Sten Sturegatan. 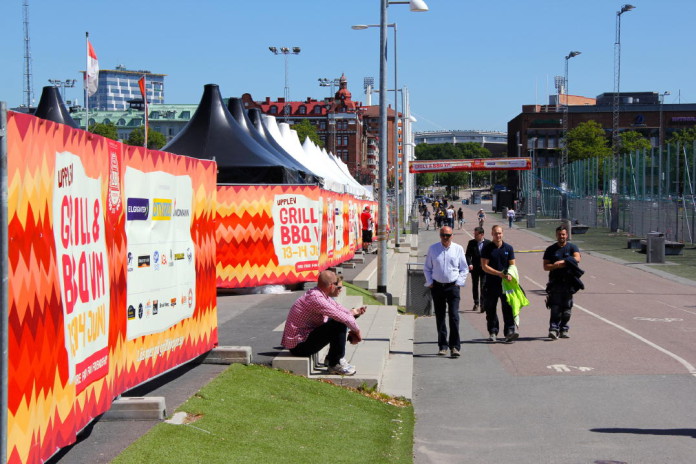 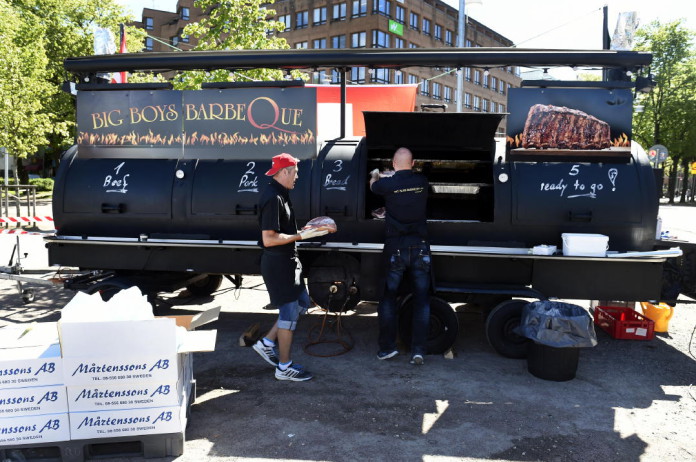 The world’s largest barbecue grill on the Heden square in Gothenburg: eight metres long, two metres wide, two and a half metres high, with a weight of three tonnes 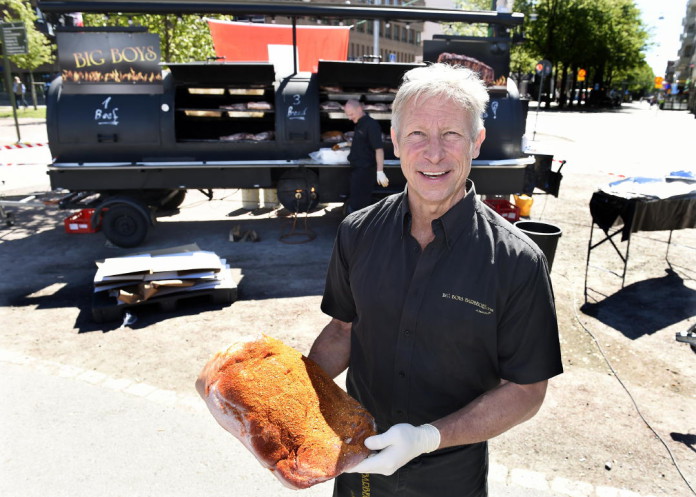 Rolf Zubler from Switzerland, the grill’s owner, with one of several pieces of meat that will be barbecued for 24 hours (the three images above are from June 11, 2015, two days before the opening of the event) 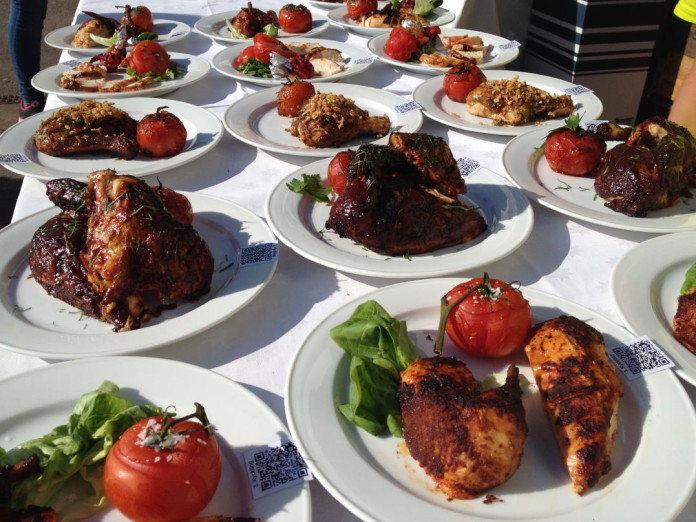 Source and photos: Grill och BBQ-VM 2015, SBQA/Svenska Grillfrämjandet, Olof Lidh and Tommy Holl (photos of Big Boys Barbeque) – the picture on the top of this page is from the victory celebration in Poland 2014 when the Swedish team became champions in Europe

And here are the winners of the BBQ World Championships: British Bulldog BBQ 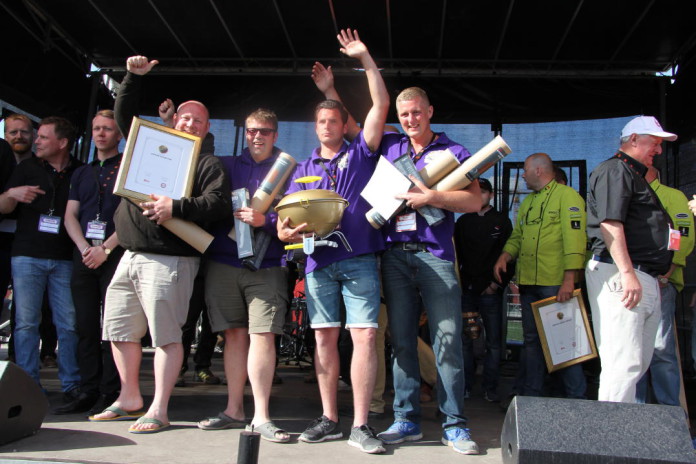 After two days of intense competitions in front of thousands of visitors, the British team British Bulldog BBQ eventually won the title Grand Champion 2015. “We’re nearly speechless but obviously extremely happy to get to call ourselves world champions,” said members of the team after the prize ceremony.

Heden, in central Gothenburg, turned into a melting pot of national teams and visitors from numerous countries. After the jury had chosen the Swedish, Nordic and world champions in the five categories chicken, pork shoulder, beef brisket, pork ribs and fish, everybody was waiting to find out who would be the Grand Champion.

The team Grillgrabbarna won the Swedish championship, and the Danish team Smoke It all became Nordic Champion.

In the World Barbecue Championships the Belgian team BBQ+ took third place and the Swiss team, Redline Chlaggi Brutzler, took the second place. And to the legendary sound of “We are the champions” British Bulldog BBQ received the first prize from Patrick O’Sullivan, president of WBQA – the international organization that, together with the Swedish SBQA, arranged the World Barbecue Championships.

Patrick O’Sullivan took the opportunity to thank all the sponsors and partners who made it possible to arrange the World Barbecue Championships in Gothenburg: “Without a doubt the best organized championship so far. All parts of the organization have worked out perfectly. And there has been a great atmosphere and lots of joy during the two days,” said Patrick O’Sullivan.

Thousands of visitors came to support the teams

Kent Nilsson, president of SBQA, was also pleased after the prize ceremony: “Everything has worked out as planned. Even the new technology where the judges used tablets to report their scores worked out great. On top of that the weather was great and thousands of visitors came to support the teams and take part of the amazing atmosphere. As one of the arrangers I can’t ask for more,” said Kent Nilsson.

Manchester United and Galatasaray will meet in Gothenburg July 30

Summer boats from central Gothenburg to the southern archipelago