NewsPaperthe art of publishing
HomeLaplandWe do it twice - Celebrate New Year twice in an hour...
Lapland 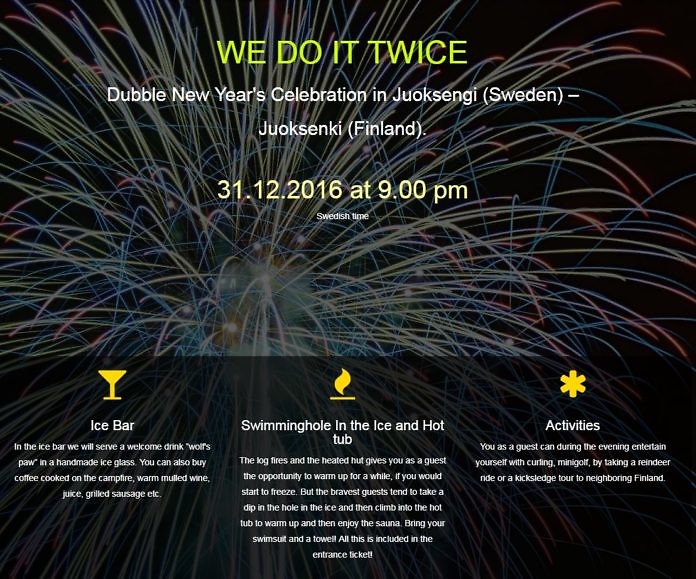 Now you can take advantage of a unique opportunity to change your first New Year´s resolution with the spectacular New Year celebration “We do it twice”. Where? In the Juoksengi Arctic Circle village on the border between Sweden and Finland.

Celebrations will be taking place on the frozen Torne River in Lapland, featuring hundreds of flaming cressets, an ice bar with drinks served in ice glasses, as well as two sessions of spectacular fireworks.

The double celebrations are thanks to the clock striking twelve twice in Juoksengi, with an hour interval, due to the time difference between Sweden and Finland (which also happens to be one of the friendliest borders in the world).

Visitors can fly into Luleå Airport via Stockholm and stay at the  Arthotel Tornedalen where one night B&B in a double room costs from approx. SEK 2,000 for two people.