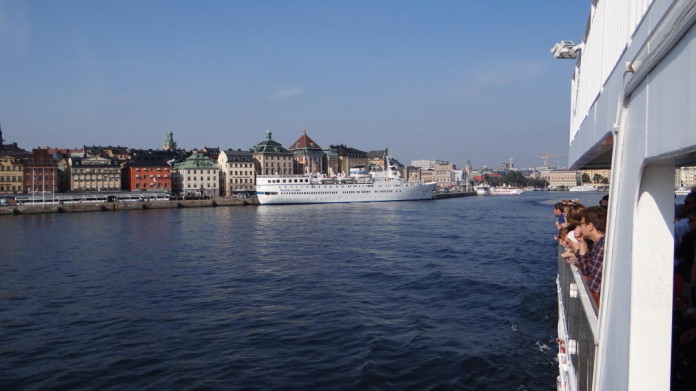 Most successful year ever for Swedish tourism

2015 goes down in history as the most successful year ever for Swedish tourism. Sweden and Scandinavia are trendy in food, design, and culture. Moreover, we have clean air and beautiful nature here in Sweden. But most of all it is the big cities that attract tourists.

Stockholm, Gothenburg and Malmö are taking ever greater chunks of the tourism pie

The statistical figures of guest nights spent at hotels, holiday homes and hostels for January to October this year reveal that Stockholm, Gothenburg and Malmö are taking ever greater chunks of the tourism pie. This is especially true for foreign tourists, a group that is economically important for Sweden. Here the difference is huge.

Of the 8.8 million guest nights so far this year more than 5.5 million, or 63 percent, have been spent in one of the three major cities. Outside the big cities international guest nights have increased by seven percent, which is a very good figure indeed. But in Stockholm, Gothenburg and Malmö, the increase has been 16 percent.

The trend is even more noticeable if you count in absolute numbers. Compared with 2014, there have been 971,000 more foreign overnight stays in Sweden so far this year. 753,000 of these nights were spent in one of the three major cities and only 218,000 in the rest of the country.

One of the reasons: New hotels in the three big cities

Part of the explanation for why the big cities are increasing three times as much as the rest of the country are investments in new hotel capacities. While the number of new hotel rooms in particularly Gothenburg and Malmö has increased significantly, it is almost unchanged in the rest of the country. The large volumes of hotel guests attending congresses, fairs and major events go to the three big cities. And it is here where the airports with international connections are.

This trend follows an international trend led by the growing tourist metropolises like New York, Barcelona, ​​London, Amsterdam or Berlin.

Americans spend 82 percent of their nights in Stockholm, Gothenburg or Malmö

Most of the tourists in the three big Swedish cities are American and British. 82 percent of this year’s guest nights from the US have been spent in Stockholm, Gothenburg and Malmö. For the UK the figure is 75 percent. Germans are said to love Swedish nature and red cottages in Småland but 53 percent of them stayed in hotels in the three big cities. For our nearest neighbours Denmark and Norway the figure is just under 50 percent.