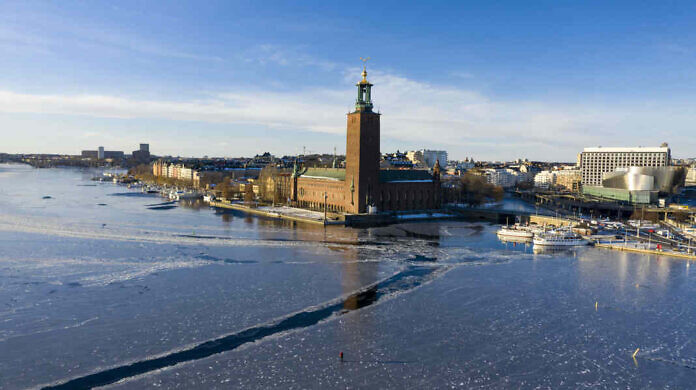 In a nutshell, the principles of Scandinavian design are beauty and function, quality and affordability, simplicity and innovation. These essential components play an important role in Swedish architecture, too. When you visit Stockholm, you can see many examples of outstanding Swedish architectural design. Here comes a list with the ten most popular places to see. Enjoy architecture in Stockholm!

The City Hall (see photo above) is one of Sweden’s most famous buildings. It houses offices and conference rooms as well as ceremonial halls. City Hall is also the venue of the very prestigious Nobel Prize banquet. The building, right by the water, redefines the concept of city architecture with its eclectic romantic style, an interesting mixture of austere and opulent.

The Stockholm Public Library was designed by acclaimed Swedish architect Gunnar Asplund. The building is one of the city’s most notable structures and one of Asplund’s most important works. This building is a clear representation of Asplund’s gradual shift from classicism to functionalism. All the furnishings in all the rooms were designed for their specific positions and purposes, all elements are meant to be functional rather than ornamental.

The National Library of Sweden has been collecting virtually everything printed in Sweden or in Swedish since 1661. The building was designed by Gustaf Dahl and was built using innovative cast iron technology related to the Renaissance.

Sven-Harry Karlsson wanted people to be able to enjoy art in the same way he liked to experience it himself. This was the idea that finally led to the founding of his own art museum. The museum is a spectacular building with a gleaming brass facade right in the middle of Stockholm. On the roof, as the crowning glory, is a replica of Sven-Harry’s former home, the 18th century manor Ekholmsnäs.

Östermalmshallen dates all the way back to the 1880’s. It is a gorgeous food hall with antique stalls selling produce, seafood and gourmet goods. Östermalmshallen has recently undergone a refurbishment, carefully implemented to retain the buildings timeless and traditional characteristics.

Skogskyrkogården, or the Woodland Cemetery, is a mesmerising experience any time of the year, much due to the unique way it is woven into the landscape. The prominent architecture and cultural heritage has been honored a spot on the UNESCO World Heritage List and has had great influence on the design of cemeteries throughout the world. You can easily get there with the public transportation.

Ericsson Globe is not an ordinary arena. It is the largest hemispherical building on Earth. This nearly-impossible-to-ignore infrastructure is shaped like a monumentally large white ball. The volume of this revolutionary building is 605,000 cubic metres and it is used to host major shows, concerts and of course ice hockey games.

Read our article SkyView and the Stockholm Globe Arena

Hammarby Sjöstad has become an international poster-child for urban environmental development. The restructuring and renovation of this town of 20,000 inhabitants is one of Stockholm’s largest urban construction projects. The entire district is planned and built from a strictly ecological and sustainable approach.

Artipelag displays design from the inside and the outside. The name Artipelag is a combination of Art and Archipelago. This museum/multipurpose venue exhibits bold and boundary-crossing art. This modern and sculptural building was designed by Johan Nyrén and has been recognised as an architectural standout by many critics. Come here to experience the idyllic synergy of architecture and nature coming together as one.

Read our article The Artipelag art gallery in the Stockholm archipelago

The School of Architecture’s new building, designed by KTH alumni Tham & Videgård, was inaugurated on the KTH Campus in 2015 and voted “Stockholm Building of the Year 2016”.

Even some of the hotels in Stockholm are great examples of Swedish architecture. We especially like the Clarion Hotel Sign and the Radisson Blu Waterfront Hotel. 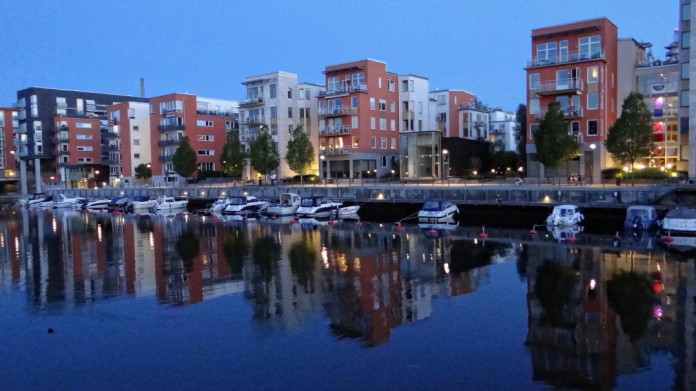 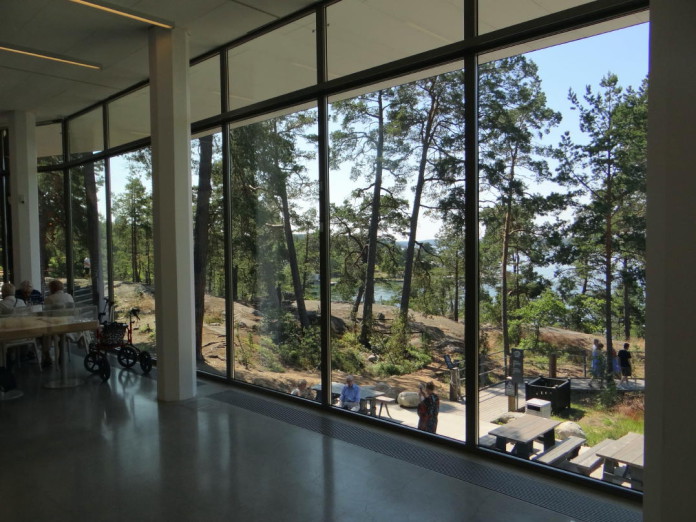 Source: This article is based on material provided by Visit Stockholm; photo City Hall: Henrik Trygg