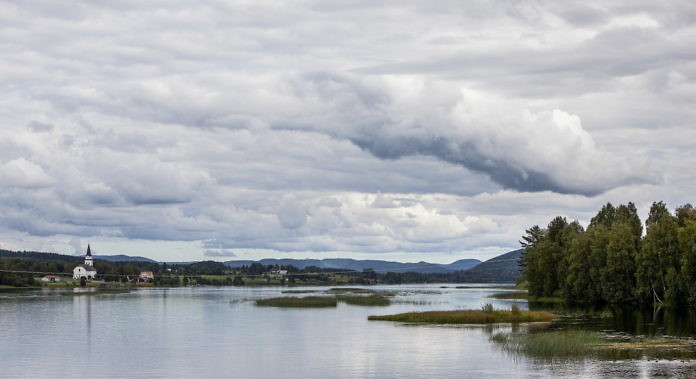 Near Sundsvall in Medelpad. The route follows ancient trails where pilgrims walked towards the Nidaros Cathedral in Trondheim.

People have been walking along St. Olavsleden for almost thousand years. The performance in London on February 8 is a concert including the story of the life of St Olav, Olav Haraldsson – from viking to saint – accompanied with folklore and classical music and song from the St Olavs mass written in The Nidaros Dome in the 12th century.

Sofia Sahlin – flutist, singer and piano/organist from Sweden – has, since 2013, performed ”pilgrimage concerts” both about the inner journey and based on the story of St Olav in churches along the ”St Olavsleden”. In the past she has also worked in the Symphony Orchestras of Stockholm and Gothenburg and as chamber musician.

About the Pilgrim path St. Olavsleden

The Pilgrim path St. Olavsleden stretches 560 kilometres through Sweden and Norway from the Baltic Sea to the Atlantic. The path starts in Selånger (near Sundsvall in the province of Medelpad, Sweden), where King Olav Haraldsson stepped ashore in July 1030 after several years in exile. He marched his army to Norway, determined to convert the country to Christianity and win back the throne. The journey ended in Stiklestad, where Olav fell in battle on July 29. Beautiful St. Olavsleden is Scandinavia’s answer to El Camino, through deep forests to open countryside and lakes.

On its way westward from the Sundsvall area, the path passes Östersund and the well-known ski resort Åre, both in Jämtland.

Today, the Pilgrim path is a major tourist attraction. Check out their website, it is beautiful and useful.

Hotels in Åre and Östersund