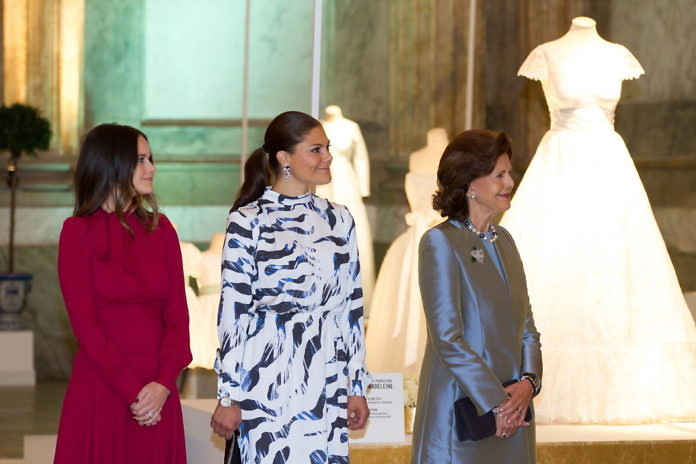 2016 marks 40 years since Miss Silvia Sommerlath and King Carl XVI Gustaf were married at Stockholm Cathedral (Storkyrkan) and the bride became Queen of Sweden. No one in Swedish history has been queen for as long as Queen Silvia.

To commemorate this anniversary, an exclusive exhibition has opened this autumn at the Royal Palace of Stockholm, featuring wedding dresses worn by five royal brides over the course of four decades, from 1976 to 2015.

The exhibition will be on display in the Hall of State at the Royal Palace of Stockholm until March 12, 2017.