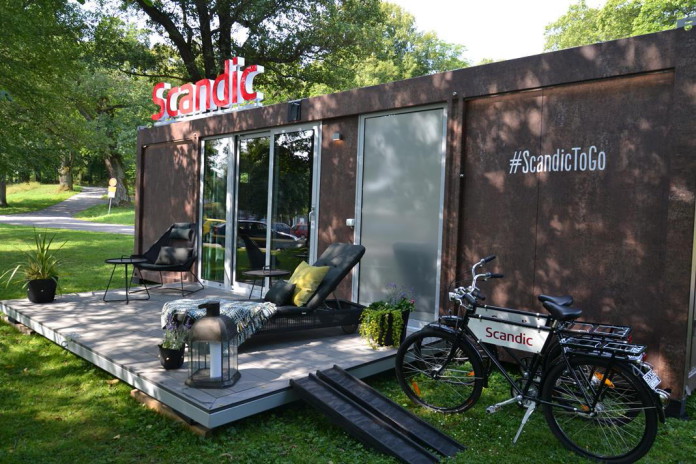 September 23-28 the NORTH Food Festival will be held in the trendy West Village of New York. The Swedish hotel chain Scandic will be on site with the mobile hotel room Scandic To Go. The room has also changed shape and the interior will for the first time give a glimpse of the new Scandic Haymarket Hotel at Hötorget, Stockholm, which opens in spring 2016.

New York is a melting pot of trends and exciting cuisine from around the world. Everything Nordic has long been popular, from food and drink to style and decor. During the festival Nordic specialties are gathered in small stands around Scandic Haymarket Square where a mini version of the upcoming hotel in the historic PUB building will stand – just as at the Hötorget place in Stockholm (see booking link below)!

Scandic To Go will be shipped across the Atlantic by boat and the trip will of course be documented along the way.

The hotel room is 18 square meters and has a private bathroom with shower and toilet and a large terrace. The room has two 90 cm beds, a sofa bed, and a specially designed storage for clothes and other things.

Scandic is the largest hotel operator in the Nordic region with a network of 230 hotels spread over nearly 42,000 hotel rooms and with 14,000 employees.