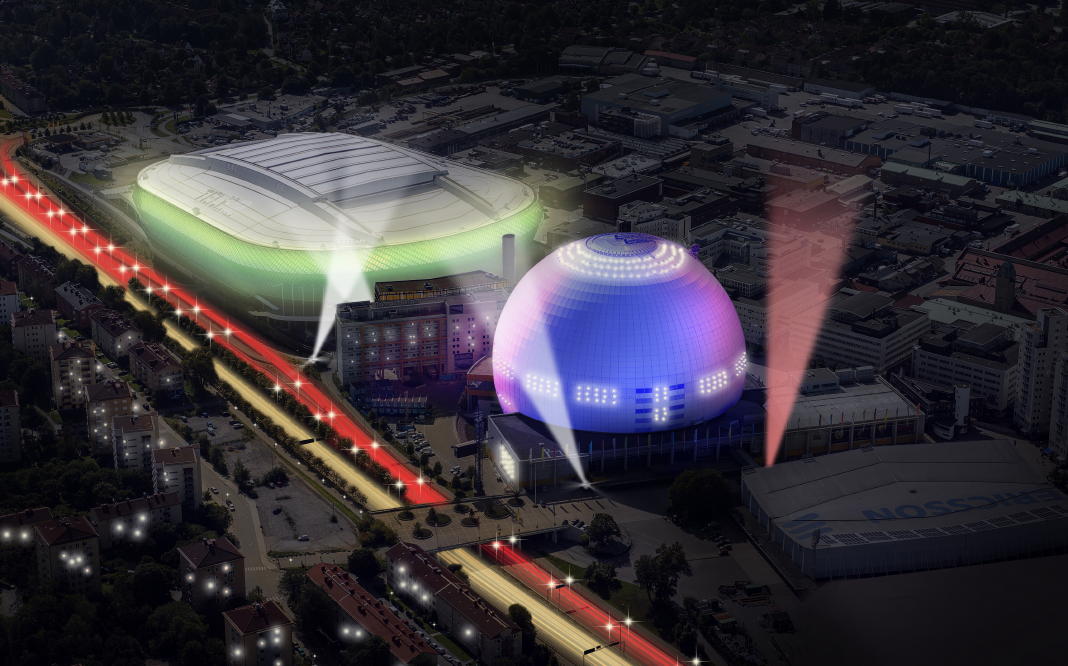 Here comes a map of the venues during the ESC in Stockholm May 2016 (click to enlarge): 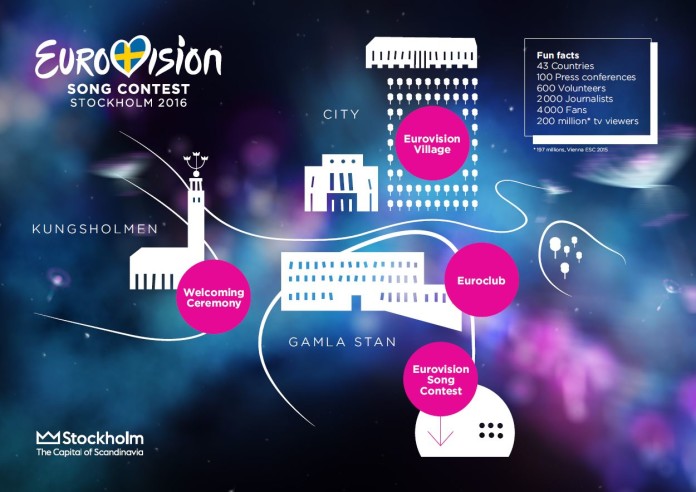 The Eurovision Village, the main festival area for the general public, will be at Kungsträdgården Park in central Stockholm. During two weeks, from May 2 to 14, the Eurovision Village will offer events from two stages, restaurants and experiences for both adults as well as children.

The big stage will mainly offer live performances and shows from popular Swedish artists and performers from the participating countries. The new stage ”Dammen” will have DJs and club nights.

The Euroclub and the Euro Fan Café will be integrated. Here, fans, delegations, visitors and Stockholmers will be able to eat lunch while they watch the rehearsals in Stockholm Globe Arena from a large tv-screen.

The Euroclub and the Euro Fan Café will both be located in the two-storey high and 2,800 square metre large custom-built venue right in front of the Royal Palace in Stockholm – the best location Stockholm can offer. Daytime open to all, and during the evenings transformed into a night club for accredited fans and delegations, with lake views over the inner city of Stockholm.

Inauguration party at the City Hall

The big inauguration party, where the performers walk the red carpet, will be held in Stockholm’s City Hall.

An event for the entire city

“Our ambition is that the Eurovision will be noticed throughout the city. In addition to the competitions held in the Stockholm Globe Arenas, there will be several festival grounds and other events around Stockholm. We look forward to welcoming Europe to a fantastic music festival in May,” says Karin Wanngård, Mayor of Stockholm.

Vienna will officially pass the hostship to Stockholm at a ceremony in the City Hall on January 25. The so called Allocation Draw, the draw to decide which country will perform during which of the two semifinals, will take place in connection with the inauguration ceremony. 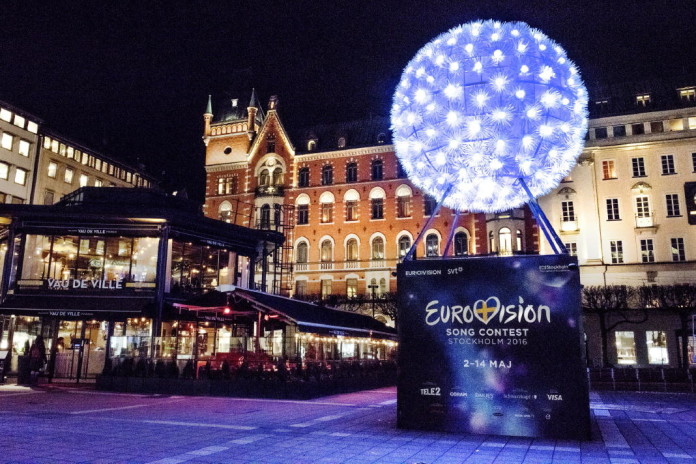 Here you can find all our articles about the ESC: Eurovision Song Contest 2016.