Here is a list of 12 favourite spots in Gothenburg. The list is mostly based on recommendations from the official tourist guide Göteborg & Co but we have also added some of our own favourites to it. After all, Gothenburg is our home town.

A laid back, trendy, cobbled street in Gothenburg and home to several of Gothenburg’s independent designer-shops as well as the “in-café” Da Matteo with its sour dough bakery just across the square. The interior design shop Artilleriet is also a must.

Have a look inside the clog shop Haga Trätoffelfabrik for leather goods and clogs, or stop for a fika at Café Husaren, where Sweden’s largest cinnamon buns are baked.

Gothenburg residents’ own little secret Linnégatan, and the intersecting Långgatorna, is lined with bars, restaurants and independent shops. Eat Asian fusion at Hello Monkey or Swedish homely fare at Hos Pelle and Doktor Glas and enjoy a fika at one of the fair alternative cafés around Järntorget/Andra Långgatan. Most places have open-air cafés during spring and summer.

This is the locals’ green oasis and place for recreation – the perfect place for a stroll or chilling out on the big lawns. In the small zoo you can get close up to elks and other primarily Nordic, wild and tame animals and birds. In the summer there is the Children’s Zoo, with piglets, kid goats and chickens. Don’t miss the seal pond either, where the seals are fed every day at 14.00 or the Penguins up the hill fed at 14:30. The park is also home to “Plikta”, the city’s largest children’s playground.

A paradise for foodies and fish lovers! The Market hall, opened in 1874, resembles a church and has therefore been named “Feskekörka” (the fish church). Buy yourself fresh prawns to enjoy by the edge of the canal – or have lunch at upstairs restaurant Gabriel. – Our picture was taken on one of the Paddan sightseeing cruises.

Those of you who feel lively in the morning should visit Sweden’s largest fish auction in the fishing harbour. The auction is held Tuesday to Friday 06.30 and in a limited scale on Monday at 07.00.

In the middle of Trädgårdsföreningen – the Horticultural Society’s cultivated park – is the café Rosenkaféet, surrounded by beautiful greenery. This café has an old-fashioned, cosy atmosphere which makes people want to go there when the sun is out, particularly in July and August when thousands of roses are in bloom in the surrounding rose garden.

The impressive boiler house by the southern end of the Älvsborg bridge has become an exciting cultural project. Inside are several floors with high ceiling, where various art exhibitions are held. The site is fantastic, with a view of the harbour entrance and the Stena Line ferry terminal. You can also see the red stone that gave the area its name. Take the Älvsnabben harbour ferry from Lilla Bommen and enjoy the fine views from upper deck.

9The view from Gothia Towers

Heaven 23 is the sky bar at Gothia Towers Hotel, 23 floors up! You get a dazzling view of Gothenburg while mingling, enjoying a glass of wine or something from their bar or restaurant menus. Their gigantic prawn sandwich is a speciality! You are looking down on the Liseberg Amusement Park.

Ramberget is a mountain north of the city center. It is located on the island of Hisingen. The mountain ist 87 m high. Here you have Gothenburg’s most magnificent view. You can see in all directions. Don’t forget your binoculars!

The archipelago offers an extraordinary experience with thousands of islands and skerries, which are scattered along the coast. Whether blue and tranquil or turbulent and restless, the salty sea is always a source of fascination. The many untouched spots and charming little fishing villages provide a magnificent experience even in winter.

The city’s southern archipelago is easily reached by public transport. Take the tram from the central city westbound to the ferry terminal at Saltholmen. Passenger ferries depart from there to the islands of Vrångö, Styrsö and Brännö where you can go swimming and sunbathing from smooth granite cliffs, rent a bike or a kayak.

During summer you can also go on boat excursions to the island fortress Älvsborgs Fästning at the harbour entrance, or in to the most far out island of Vinga, a nature reserve with interesting flora and first-rate bathing. Don’t miss excursions to Brännö Brygga which is famous for its summertime open-air dance on Thursdays evenings.

There are several, both day and evening, cruises in the archipelago departing from Lilla Bommen harbour next to the Opera House. One of the excursion boats is the beautiful vintage steamship Bohuslän, on regular trips among the islands of Gothenburg and along the west coast. She was rescued from scrapping, by some enthusiasts in 1965. She is still run by the association and has celebrated its 100 years in 2014.

The city’s northern archipelago can be reached by car and free car ferries. 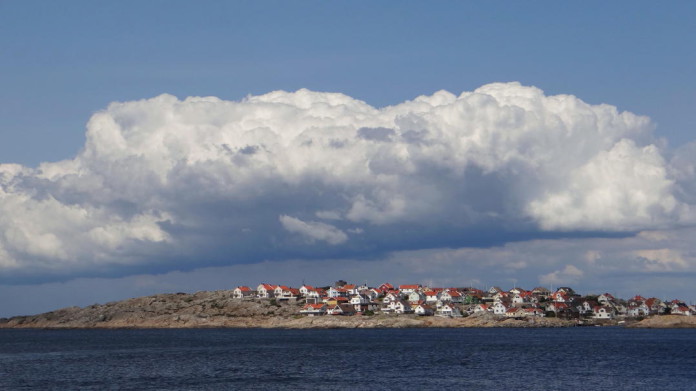 Marstrand is a summer paradise with international sailing, sun, bathing and lively night life. The island, surrounded by the North Sea, sports the mighty, historical Carlsten’s fortress. It was originally intended to protect the coast, and the fortress later became a prison. West Sweden’s own Robin Hood, Lasse-Maja, the legendary thief, remained incarcerated on the island.

The guided tour at the fortress is highly recommended. Marstrand is easily accessible by bus, just hop on Grön Express-bus at Heden heading for Kungälv, change bus at Ytterby bus stop to Marstrand Express to Marstrand, and enjoy the short ferry ride to the island of Marstrand.

Source: Major parts of this post are based on an article by Göteborg & Co.